Life is slowly normalizing. This week we’ve enjoyed sitting at the patio table in the evenings; Alan picks lettuce and tomatoes from the garden and makes giant salads. We’ve managed to have friends over, go out for walks, and play a board game. Last night we cooked dinner with many trade-offs of baby and cooking duties – there was more drama involved than there should be and we didn’t eat until 10pm, but we did it! I’m getting a little more time to take care of things on my to-do list as I figure out how to do things with one hand and he is occasionally sleeping in his swing or bassinet.

Ari is getting bigger – just over 9 pounds when I weigh myself with and without him in my arms. He makes eye contact more and seems to be able to see better and at bigger distances. It often looks like he’s smiling at us but we’re not sure they’re real, social smiles. Here are some pictures!

He grabs onto this toy on his carseat, and he’s been holding his pacifier like this pretty much since the beginning: 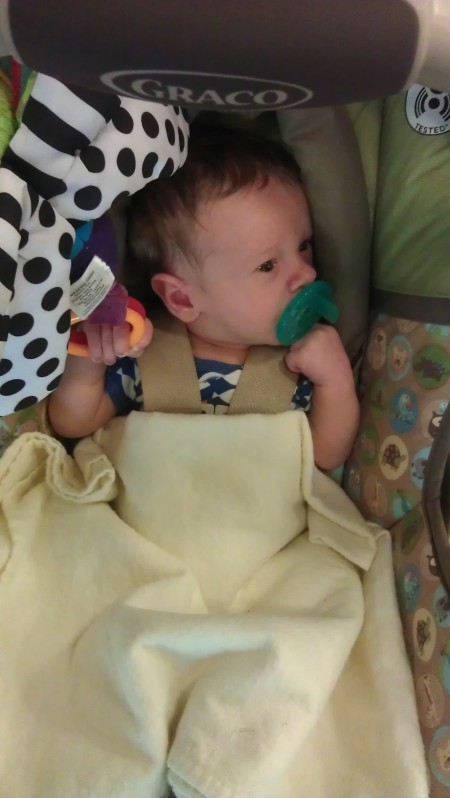 I thought this was cute, all snuggled up in a hooded sweatshirt: 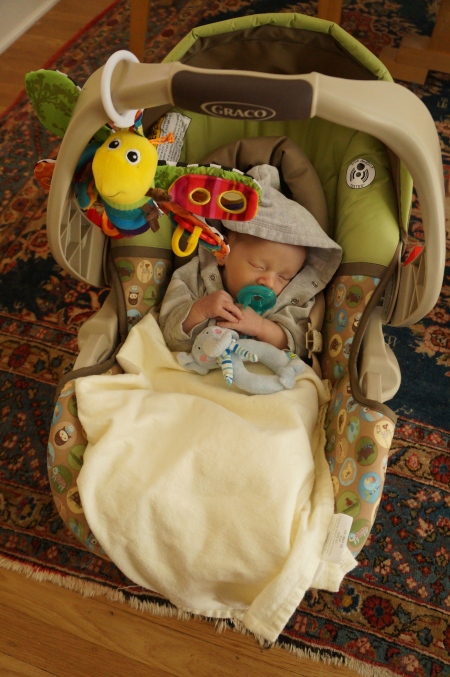 He finally got his second bath in his tub! 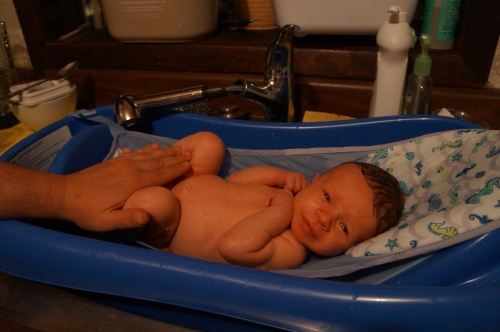 On Saturday, we went out for breakfast at our usual place down the street. It was Ari’s second time there already!

Here he’s having some “quality time” with his daddy. Mostly they were looking at each other but he looked at the camera for a few pictures, too: 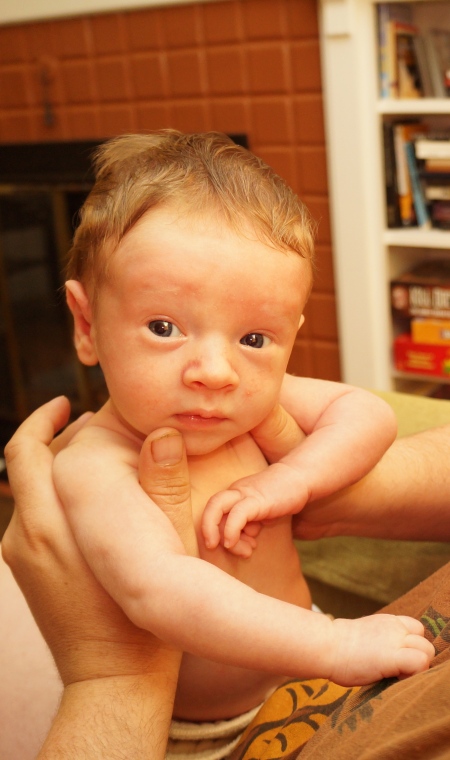 On Sunday we went to a u-pick blueberry farm. We didn’t do as much berry picking as we would have on our own, but we figured out that we CAN do it with the baby! In the car, Ari seemed to be looking at his carseat toy, which I haven’t really seen him do before: 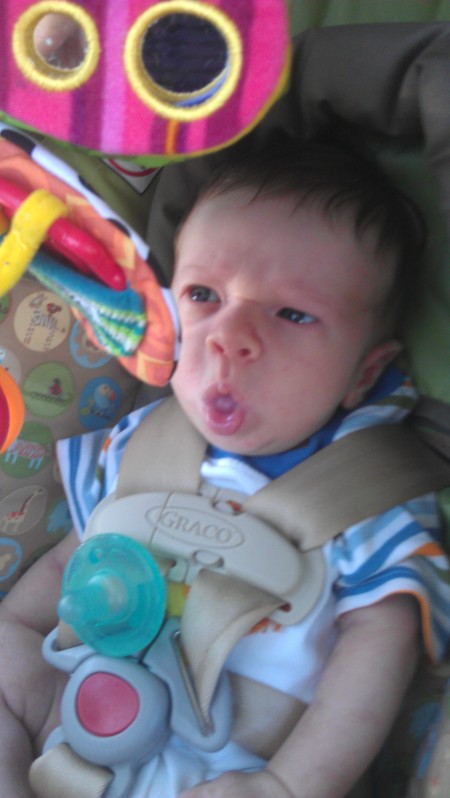 I put him in the carrier to pick berries. It was pretty hot, so we didn’t stay too long, and I couldn’t bend over too far!

And here is Ari today, at 5 weeks!