Why do I bother taking him to the Children’s Museum? 🙂 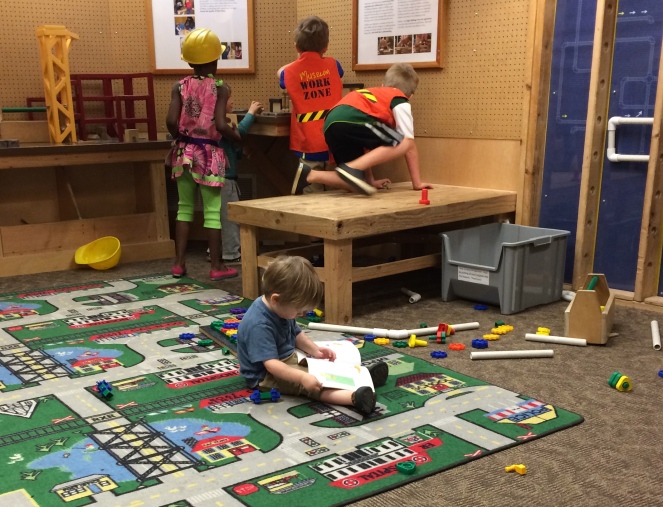 Oh yeah – he brushed the alligator’s teeth! This was a really big deal for him; he was so terrified that he would cry whenever we were in the big room with the alligator in it. For some reason he was brave this day; maybe because he had a friend with him.

First I held him standing up and he stuck the toothbrush out. Then we went away and came back and he let me sit on the alligator while I held him: 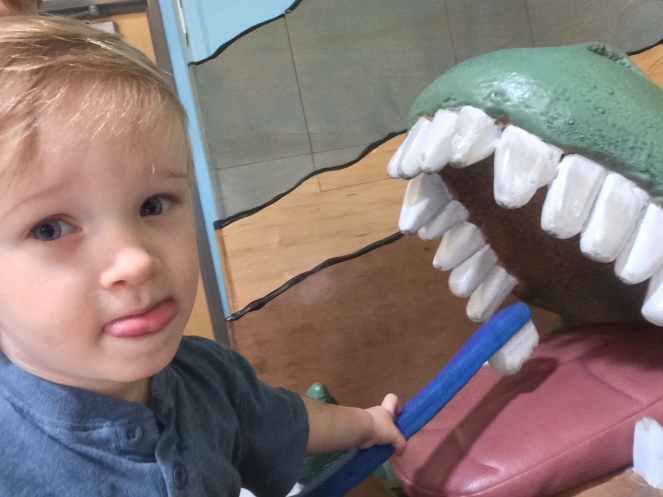 Then we came back and he actually stood next to the alligator, while keeping a tight grip on my finger:

Then he did it all by himself! (But not touching the alligator with his body!)

This is my son at the beach on the 4th of July:

But he swam too – and he LOVED it! We didn’t want him to put his face in the water because it looked filthy but he kept wanting to practice his bubble blowing from his swimming classes. And he would just flop down and roll over and over and splash in the waves and make funny poses. He would say, “I’m doing yoga, Mommy!” or “I’m doing this!” And laughing and shrieking. 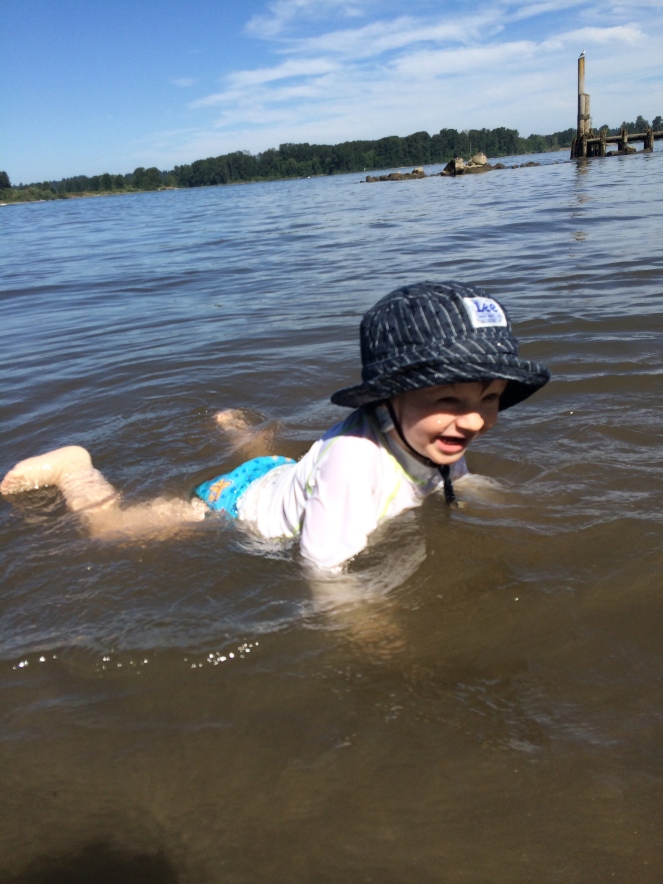 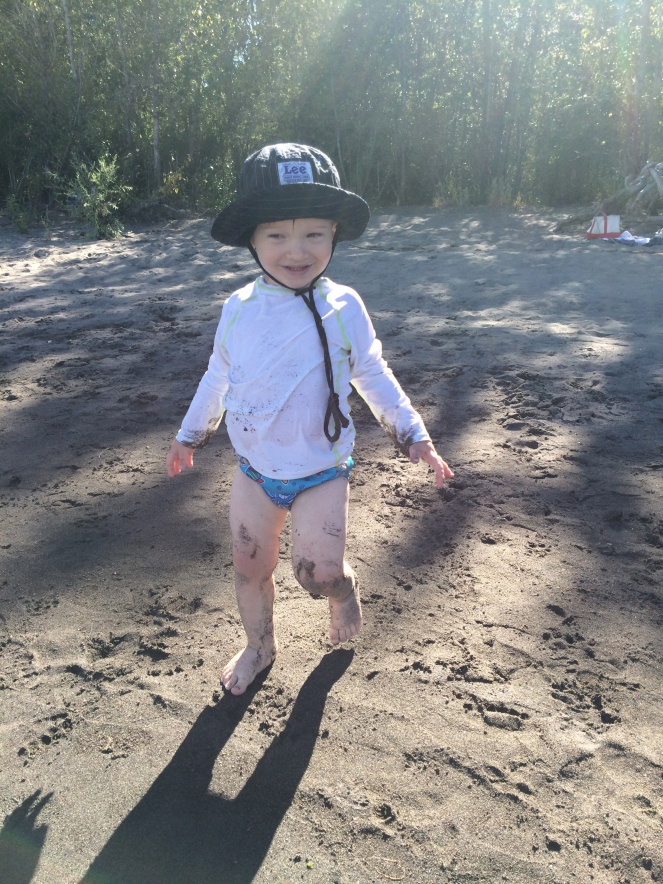 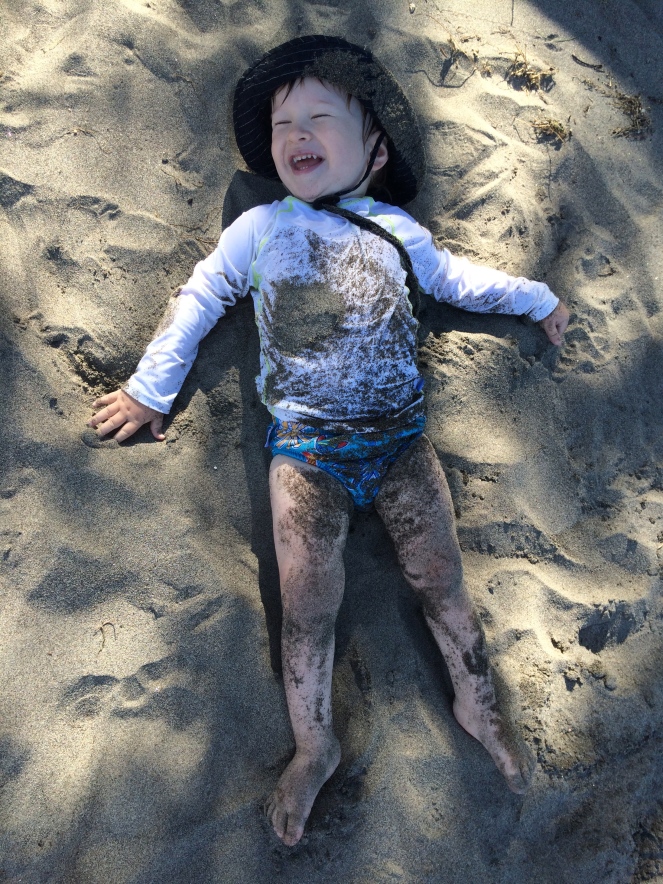 And the apples are getting bigger!

He also has a new game he started the day we were at the beach, where he’ll say, “See you later!” and walk away giggling, then come back shrieking and giggling to say hi again. I’m always interested to see how far he’ll go before he turns around!

Hearing him talk to me like a regular person has made me treat him more like a bigger kid, giving him more complicated instructions and trusting him to be more responsible – sometimes I have to remind myself he’s not that old yet! Still, it has gotten a lot easier to get stuff done around the house. He can play by himself for longer periods, working on a puzzle (he does these little animal jigsaw puzzles pretty well), playing with his little animal dolls, or even putting his train tracks together, as I discovered when I was lying on the couch sick with no energy while home with him the other day. (But he’ll frequently say, “I need help, Mommy!”) When I’m doing laundry in the basement, he’ll either sit there and “help” me or, more and more, he’ll play with a toy by himself on the floor, and he’s no longer just making a run for the stairs every time I turn around.

A few more pictures – here are a couple from playing in the sandbox: 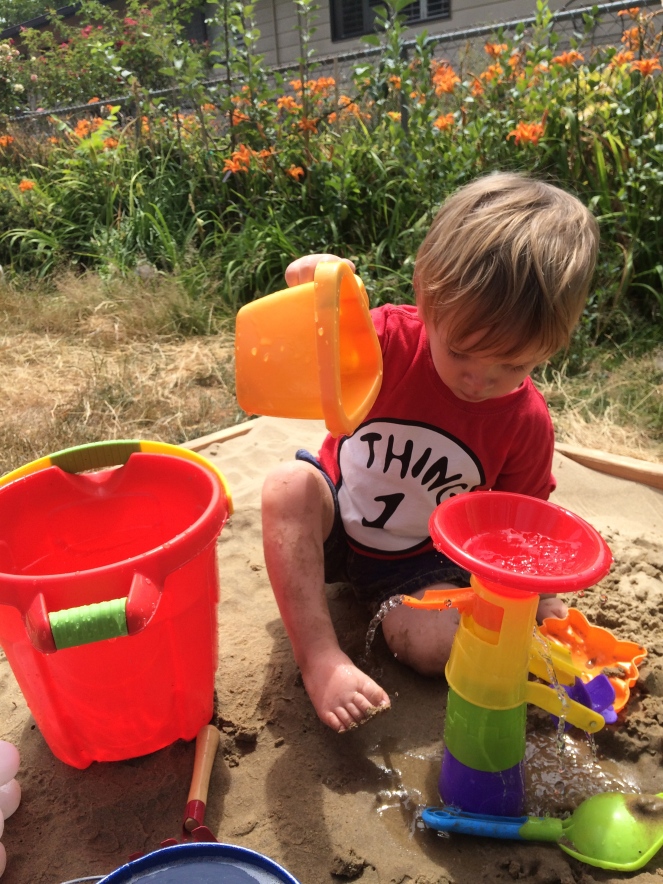 Bicycling home with groceries after an afternoon at one of Portland’s public outdoor pools:

Ari gnawed on this baguette for the whole half-hour ride: 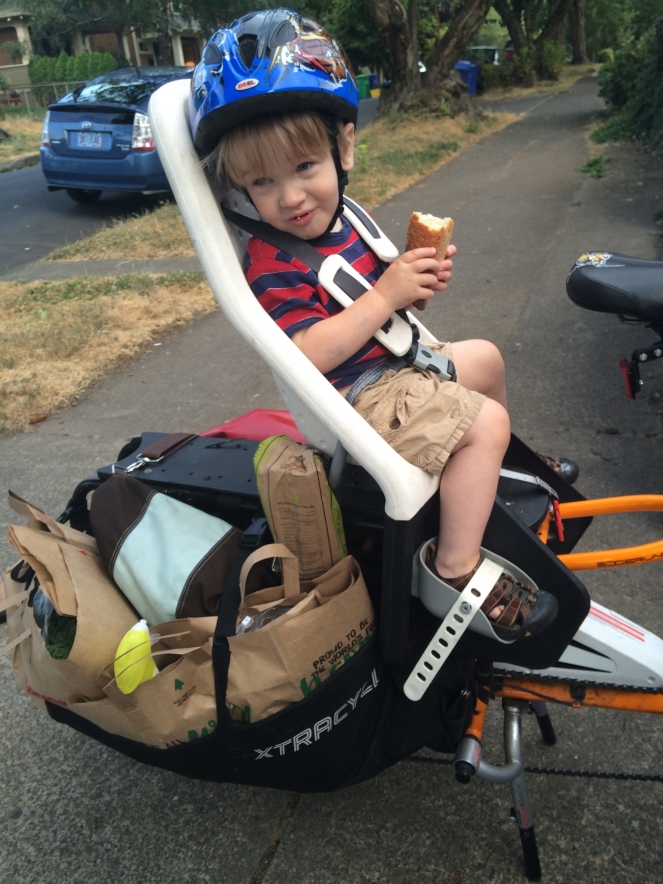