My parents were here at the beginning of the week to help with my first days home with both kids with A. back at work. It was great having them keeping Ari occupied and holding Sam when I needed my hands free. They got up with Ari in the morning so that A. and I could both sleep in a little, too. It was especially good timing because Ari got sick with a fever, cough, and runny nose and I kept him home from school a couple of days (one day while they were here).

It was so hard to have a sick toddler and a new baby! One night, Ari was having fever dreams and talking in his sleep, which turned into half-awake sobbing about “I don’t like the Goodnight Zoo book when the mama opens her eyes and is surprised!” I think the last time he had a fever he was crying about that, too! When he’s healthy he loves to read or talk about that page in the book over and over, when the zookeeper’s wife makes a surprised face about all the animals in their bedroom. He’ll gasp dramatically and say, “What are all these animals doing in my bedroom?” Anyway, he was wailing and miserable and I just wanted to lie on his bed and cuddle him to sleep, but at the same time, Sam was crying to be fed. We went back and forth, with A. trying to comfort one of them, who really wanted me, and me taking care of the other one. I didn’t want them in the same room because I didn’t want Sam to get sick. I felt like I just couldn’t be there for anyone the way I needed to be, and I was so tired, too!

We also had multiple appointments during the week. First, Sam and I saw the lactation consultant. He was two weeks old and just barely back up to 9 pounds – right on track! Then I had my two-week follow up, then Sam had his two-week pediatrician visit (and he’d gained two more ounces in two days, perfect!), then Ari had his 3-year visit. Here are some photos from the early part of the week: 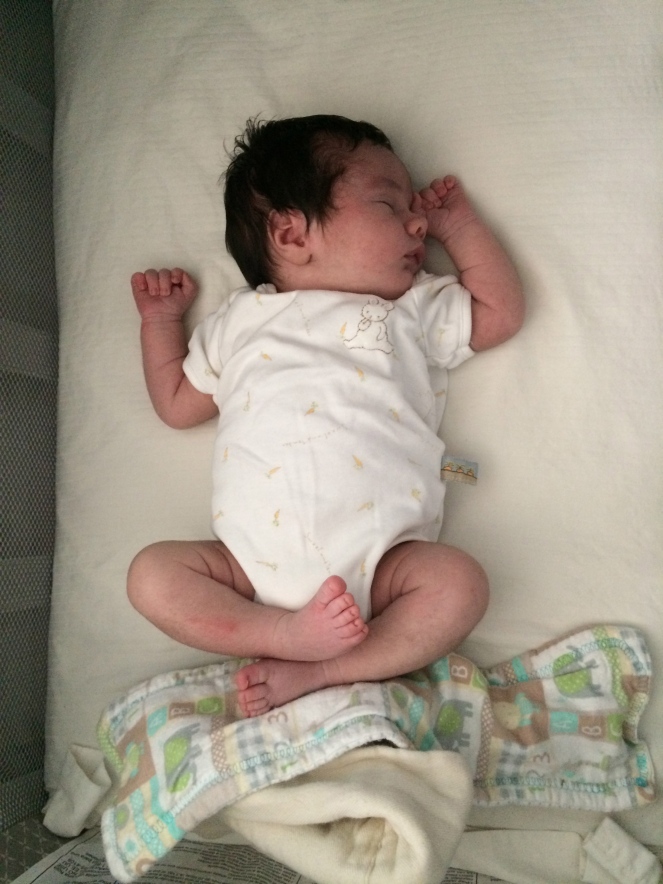 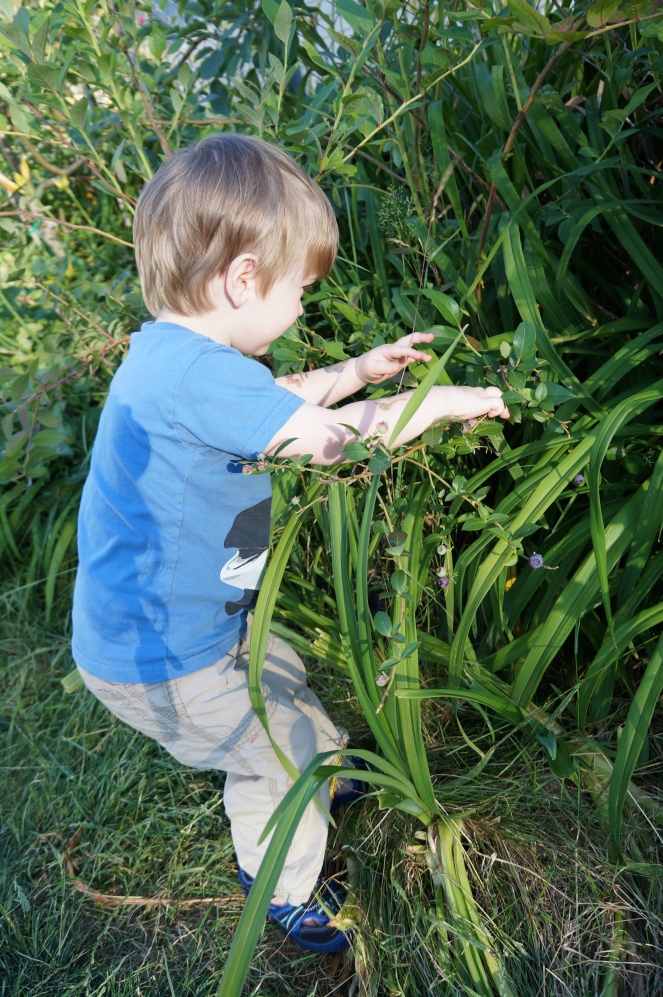 Trying out Ari’s new rumble seat attachment to make the stroller a double: 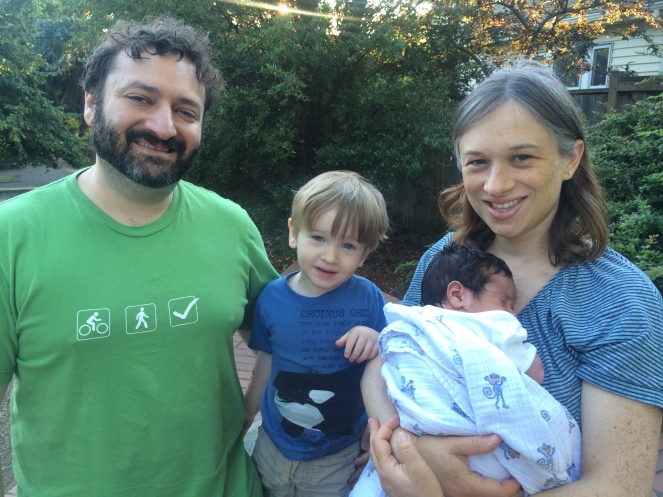 Pictures from during and at the end of my first full day alone with both of them:

And from the weekend after: 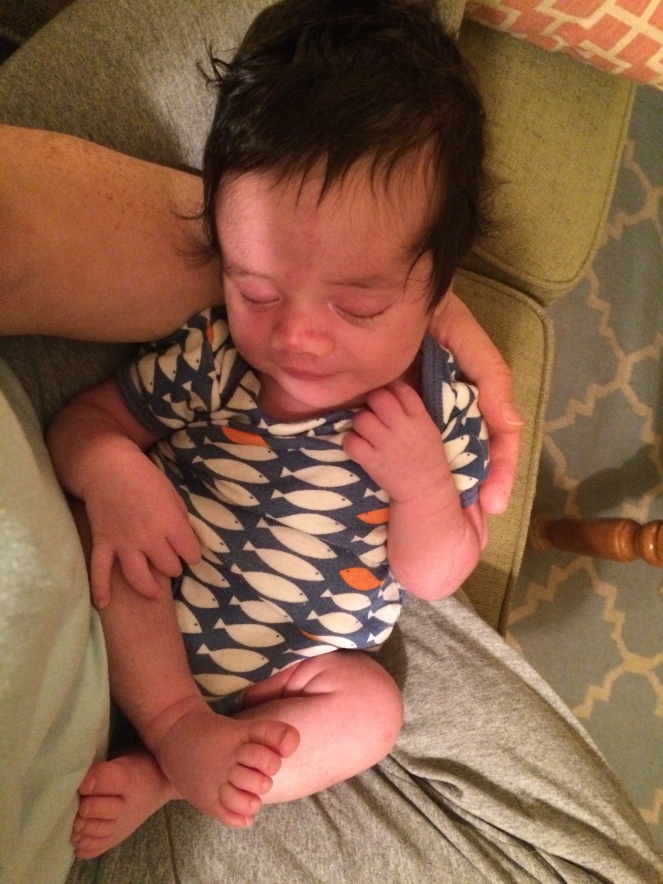 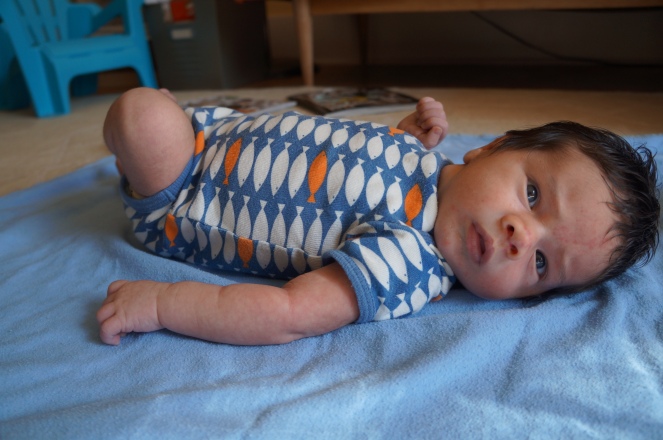 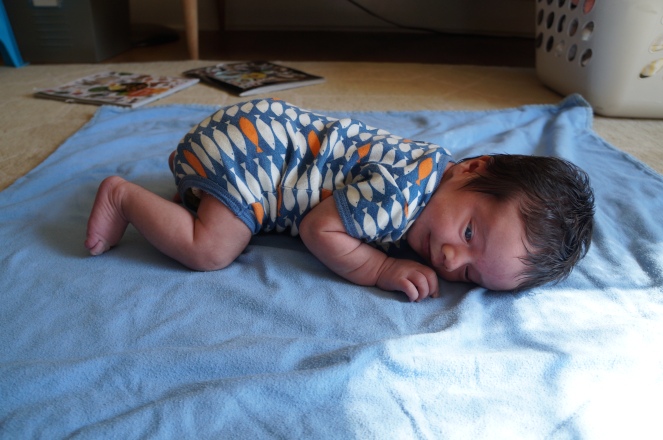 Sam was holding his head up and turning it from one side to another! He would do it with much effort, after I moved to the side of him where he couldn’t see me. When I saw him do it, he had to lift his head and drop it down on his face, then lift it again and turn it to the new direction. He was also pushing hard with his tiny legs and scooting himself forward. 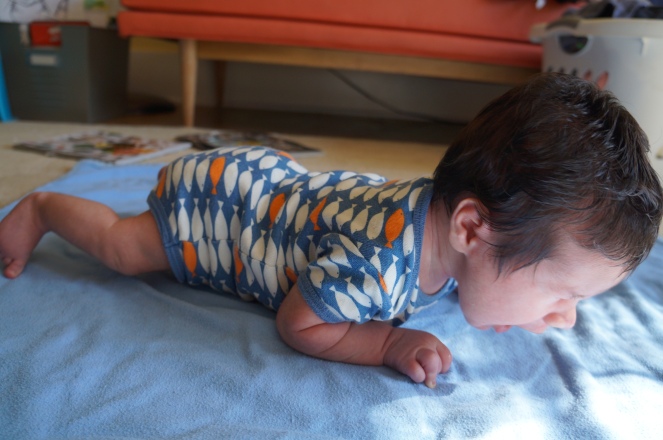 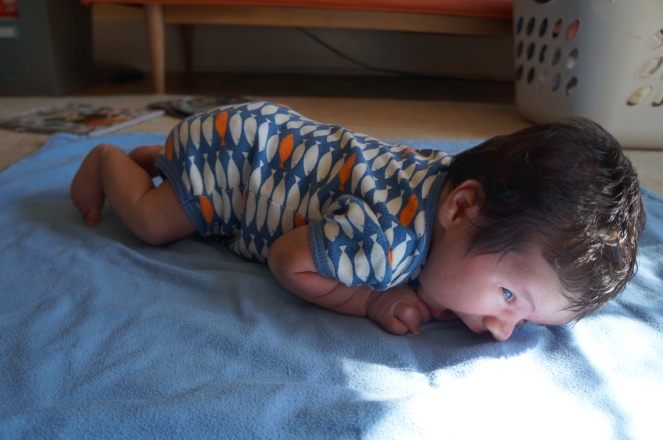 On Sunday, we went to the birthday party of a 3-year-old girl whose mom I met when we were both pregnant, and who ended up being in the music class Ari took. One of the guests who arrived with her 3-year-old son looked familiar, and she looked at me and slowly grinned and said, “Oh, I know how I know you!” and after another beat, I realized she was my labor and delivery nurse! And she lives nearby. It was fun to see her again and let her hold Sam and have our boys play together a little. Ari was a very reluctant party guest at first, but soon – before I’d had a chance to change him into his swim suit – he was soaking wet from the sprinkler and shrieking gleefully. It was a hot, sunny day and I’m glad he got to spend some time outside, having fun! It’s so hard to get out of the house with the two of them, Ari’s been cooped up inside a lot.