So, we went on Portland’s monthly Midnight Mystery bike ride because a friend was leading it… It was fun! I would say there were at least 100 cyclists, maybe a lot more — enough to stretch as a big crowd over several blocks. We met at a bar and all gathered on our bikes and set off with lots of music and noise. I got some “cred” for riding so pregnant! We were keeping up for probably two or three miles and it was fun to be part of such a big group taking over the city streets — at intersections a few people peeled off and blocked traffic so we could all just cruise along through the lights. Not very fair to the drivers, but it WAS after midnight. It felt really safe to ride like that, except for the risk of crashing into each other. Also we were near a guy with a stereo strapped to his back so we had music to bike to! But in the middle of a nice downhill stretch a guy in front of us hit the curb and wiped out with sparks flying. I thought I’d better stop in case he was hurt, and automatically slammed on my brakes (the rear ones, fortunately), which made me start fishtailing and all I could think then was that I’d better stay upright (!!!) so I let off the brakes, straightened out, and slowed down gradually, then set my bike aside and waddled back to the guy. A. had stopped, too, and a few other people. Fortunately, everyone was okay and the guy just had some scrapes, but by then the rest of the group had passed by and we couldn’t catch up to them and didn’t know which way they went, so the guy we stopped for showed us the way to the esplanade along the river and we took that most of the way home. I got tired on the hill up to our house so we stopped for a drink (club soda for me!) and got home around 2am. Almost falling did make me realize how hard it would be to protect my belly if I had a bike accident, so I’m going to have to be more careful and not ride so much, even though I keep thinking that it will be several months before we can take our baby for rides so I want to enjoy being able to do this with A. now!

On another note, I would have expected more people to stop for the guy who crashed, but I’ve decided I’m married to the nicest man in the whole group! I felt obligated to stop because of my profession, but A. was right there, too.

Also, the esplanade was a beautiful ride! Definitely a path we’ll try to take again, maybe on a sunny day. That’s where the picture above was taken, and below is a clearer shot of the “Portland” sign.

At the beginning of the week, or rather during the weekend, we lost part of our tree. 😦 A big limb came off and is being supported by our shed: 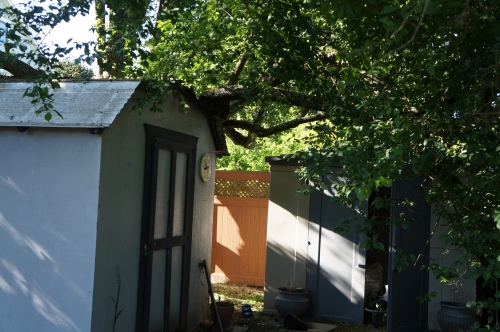 These branches used to be much higher: 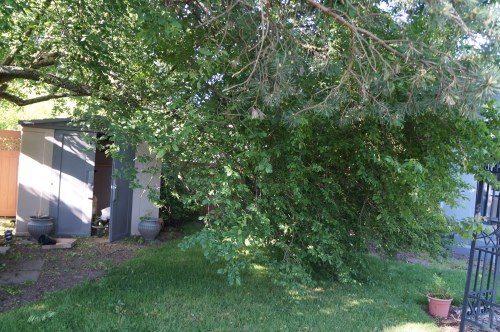 Also, another limb is hanging low over the shed and appears to be supported by some of the limbs of the pine tree:

It has a big crack in it:

We’ve had three professional opinions and two out of three have said we should take out the whole tree, not just the one limb, because it has a lot of fungus and rot and will be a hazard to us and our neighbors. Here is the base of the tree and the split off limb:

Two out of three also said it’s a plum! It’s such a shame because we can see a lot of fruit starting to grow, and I LOVE plums!! Waaah.

Some other things in our yard are growing and blooming and looking nice, though: 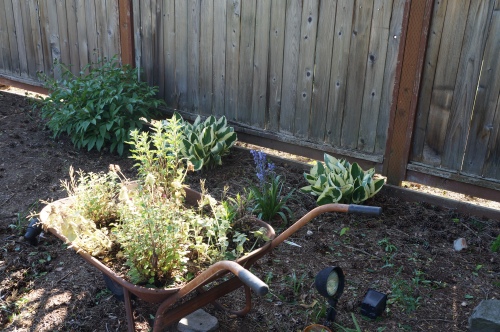 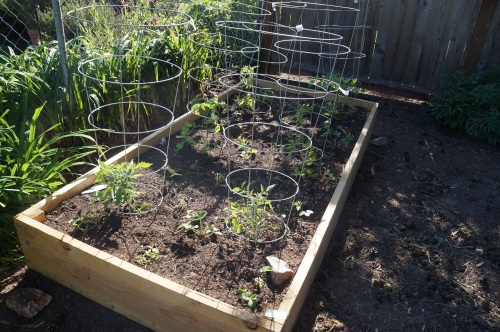 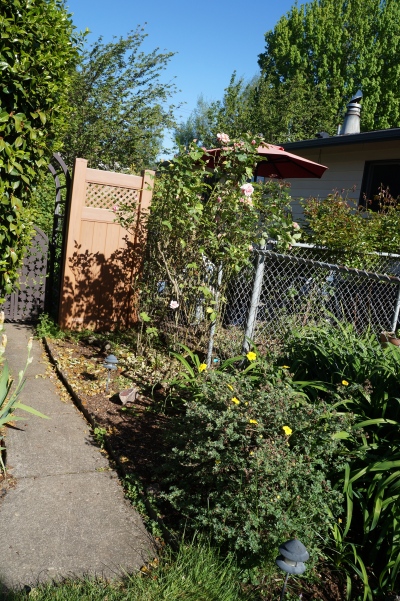 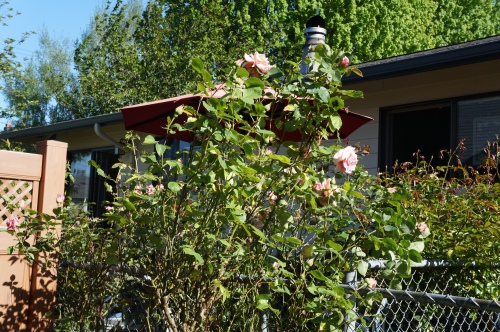 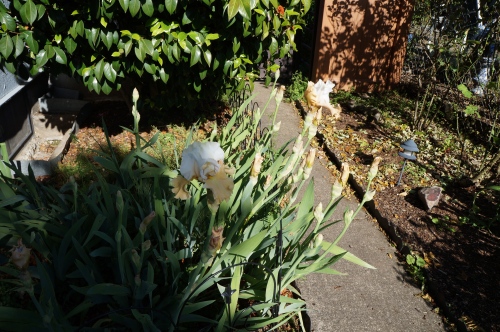 We really need to actually harvest our greens, because some of the lettuce already “bolted” and flowered:

We received some very nice gifts from my aunt’s friend Whitney, after the two of them came down to visit and Andrew made friends with her: 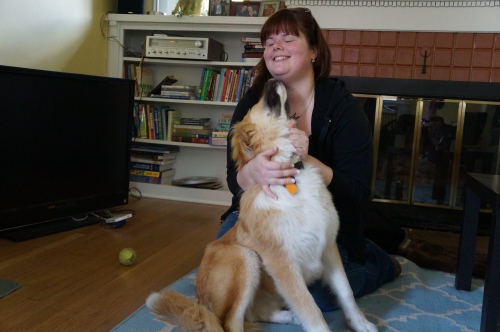 How cute is this owl spa towel, with wings?

Also an adorable elephant nightlight for middle of the night diaper changes and whatever else! 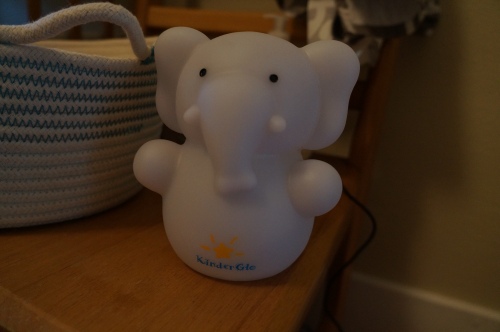 A.’s mom sent us this video, too! Maybe it will help us understand our baby’s different cries and sounds and we can avoid some frustration!

Today was HOT. Well, 80s; that’s hot for us! I don’t know if it’s worse because I’m pregnant. We walked to breakfast and sat outside with poor, panting Andrew, then took him to the dog park where he mostly just laid in the grass with his tennis ball. After we took him home, we went shopping — among other things, now we have chairs for our patio (but the coordinating table didn’t fit in our car!), and we got some raspberry plants to put in the backyard and a blueberry plant that A. put in front of our porch after mixing some compost into the soil there. We also got some seeds for peas.

In terms of nursery preparation, I washed and put away the clothes, bedding, and towels, and cleaned and washed the diaper bag, and we hung the elephant picture on the wall. We’re making progress! I think if I went into labor now, we could handle it.