Has it been another week already? Again, I feel like I’ve just been working and sleeping, except for one fun evening out with friends while A.’s mom babysat. She is staying with us for a while! She’s incredibly helpful for keeping me fed and our dishes clean and laundry done, and Ari entertained and cared for, and she’s good company too (when I’m awake and home!). Now my mom is here, too, for a few days! Ari has been all smiles with both his grandmas here.

I’ve been putting him on his little potty for a few moments when I change his diapers or if I think he’s acting restless because he needs to poop, and he’s had several poops in there that happened as soon as he sat down! A few pees, too. I hope he keeps it up because I’m really looking forward to being through with diapers!! They’re so expensive; I don’t know how some people manage. We probably spend a few dollars a day on disposables. Cloth diapers aren’t exactly cheap, either, and require more up-front cost. And they have to be changed a lot more frequently!

He still hasn’t rolled from his back to his front, but he’s gotten very close. One time he got his arm stuck under his body and got too frustrated to go on. 🙂 A new thing he’s doing, though, is grabbing his toes! He hasn’t been able to get them to his mouth yet, but he’s tried. 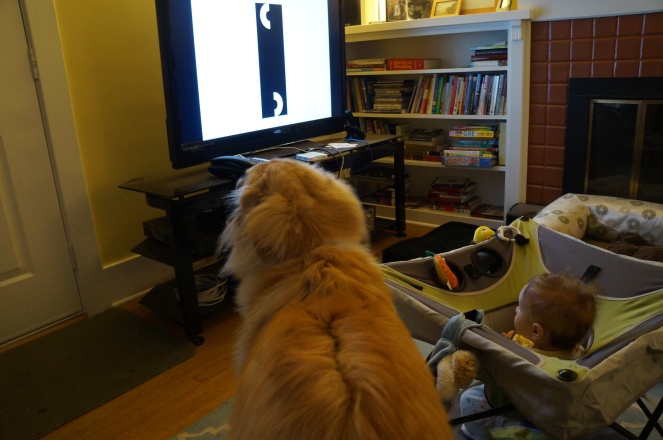 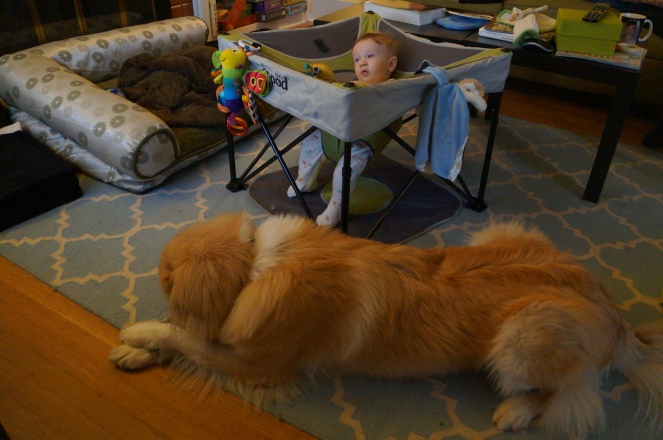 Ari on the little potty:

Tummy time on the wood floor:

I forgot we also had a nice evening with Jan and Pat over. We dressed Ari in his warm sock monkey outfit and went for a walk to get ice cream, after taking some pictures of him with one of my favorite games, Bananagrams: 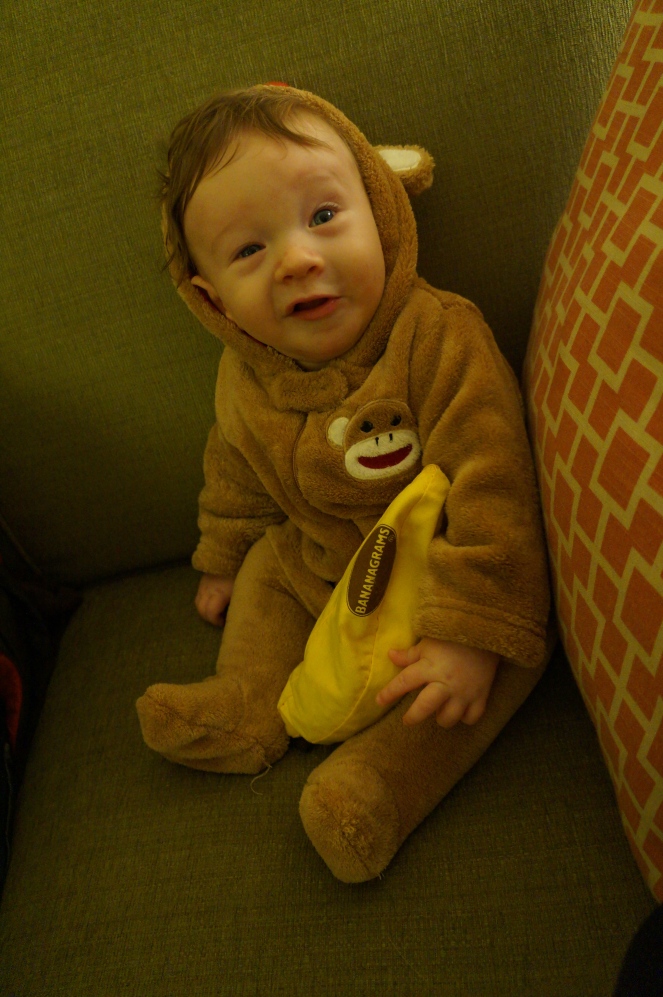 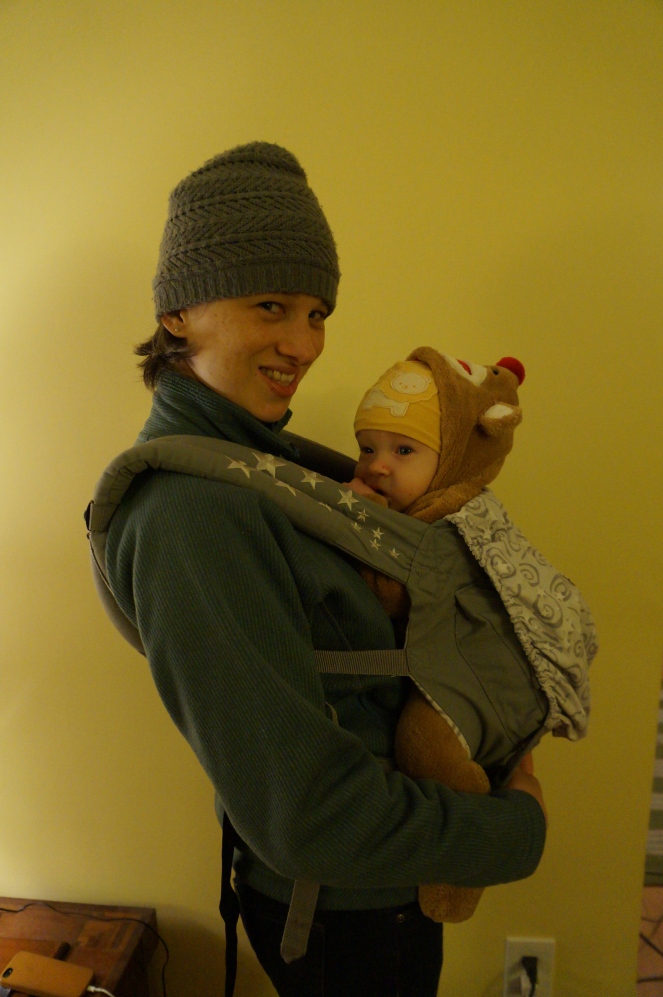 I haven’t been taking any walks, but I have been able to rake leaves outside. They’re so pretty! And I can’t wait until Ari can have his own toddler sized leaf rake to work with me. 🙂 One day I just had to put him on the ground to look cute with the leaves, and then I had to make Andrew lie down with him: 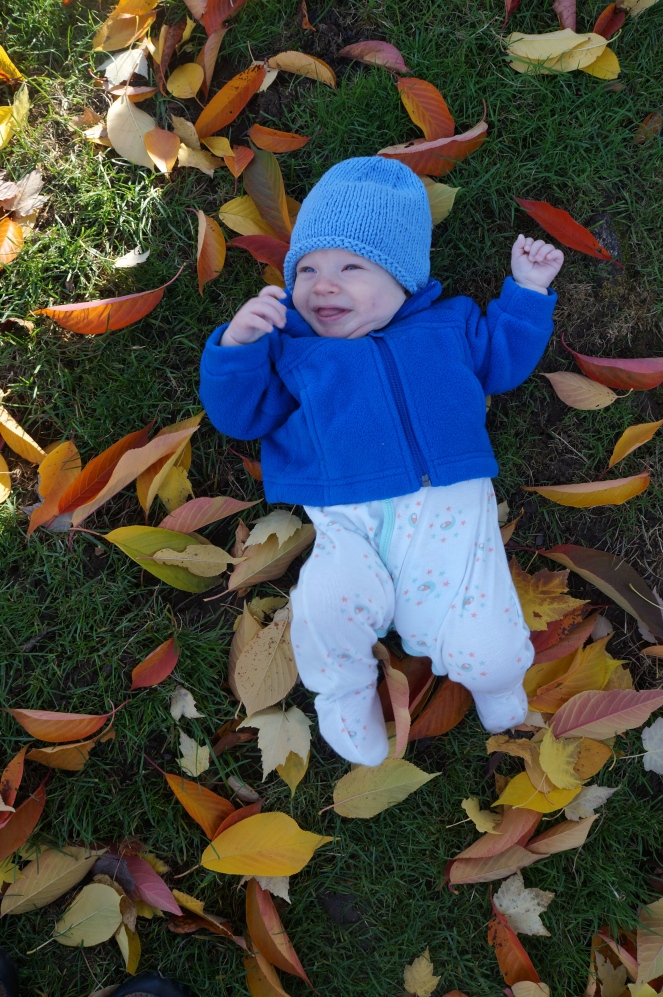 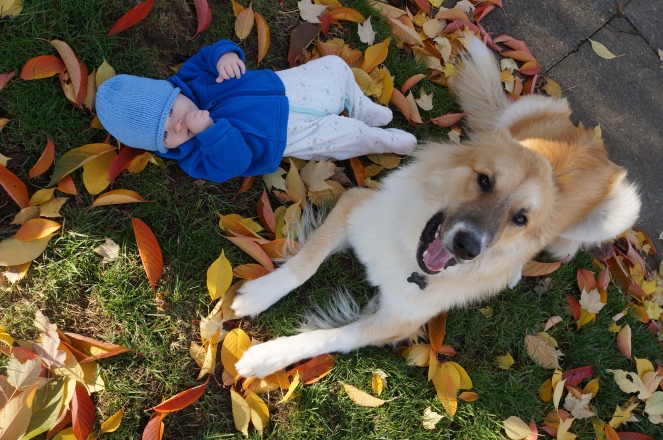 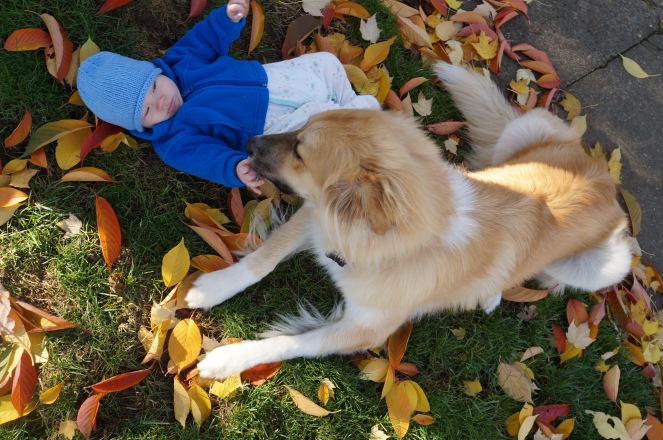 We have a fire pit now! Maybe we’ll burn all the wood from the plum tree we had cut down after it fell apart in a storm.

Is anything growing in our garden? I can’t even tell.

Ari got a play pen! I don’t want to keep worrying about the dog accidentally hurting him when he’s rolling around on the floor. 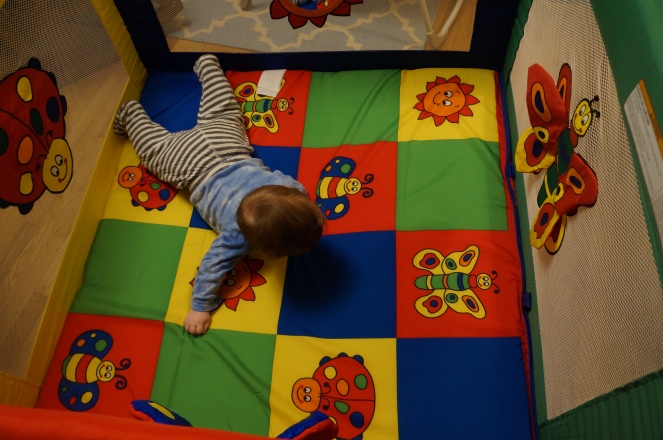 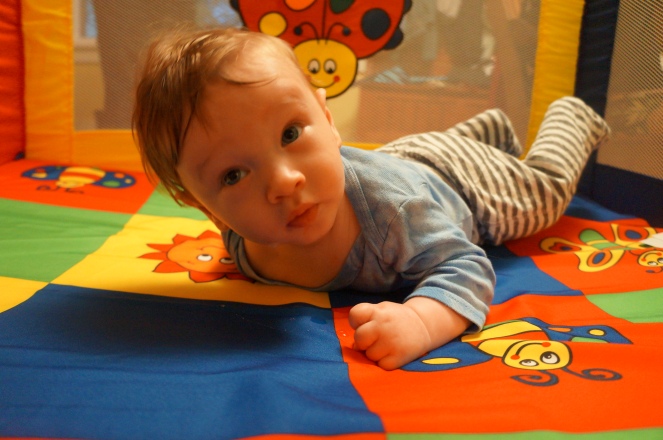 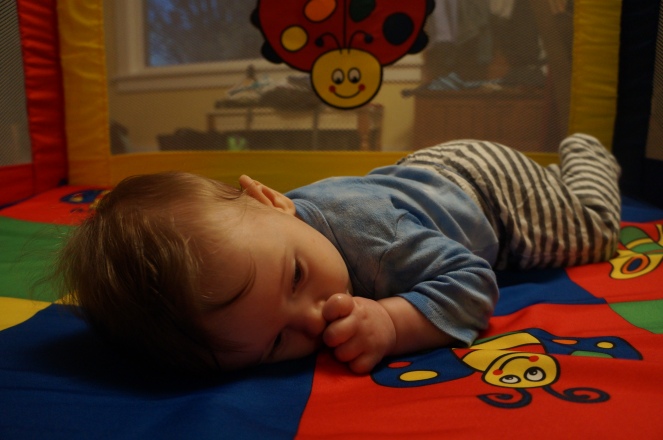 And, finally, it was weekly picture time and Ari was just so cute: 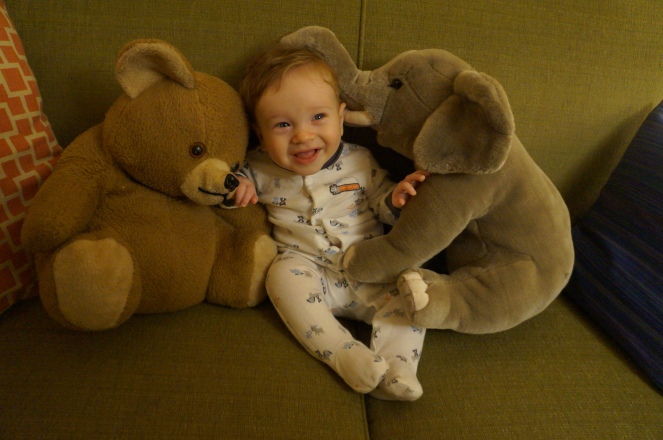