Waaah, the time really does fly by with kids! After the first few weeks, anyway. He’s growing up so fast! Five months old already! He’s very sweet; we’re really lucky to have an easy-going, good-natured baby. He’s started babbling more and making eye contact a lot more. He’s also been consistently using his little potty! Twice today he woke up from a nap with a dry cloth diaper and used the potty the moment I put him on it.

He has also fallen into a pretty good routine, which is something like this: I don’t know what time he wakes up in the morning because I’m usually half asleep and someone hands him to me and I feed him. But I think it’s around 7 or 8am. Then sometimes he sleeps a little more and then eats again. Then play time, then a nap about 9:30-10:30, then more eating and play time, a nap about 1:30-2:30pm, more eating and play time, another nap and more eating sometime in the early evening, a little more awake time, then he goes to bed about 9pm, wakes up and eats around midnight, wakes up and eats again around 2 or 3am, and then it starts over around 7 or 8am. Sometimes there’s another sleepy eating time around 5am, I think. The nighttime feeds are a pain for A., but when I’m home I usually bring him to bed the first or second time and after that I’m hardly even aware of waking up and feeding him the other times.

I’m growing again now, too, since A.’s mom is here and making sure I get fed. Today she caught me about to eat pie for lunch and fixed me some vegetables instead. And this dish is something she made while my mom was visiting, with squash – yummy! And so colorful! 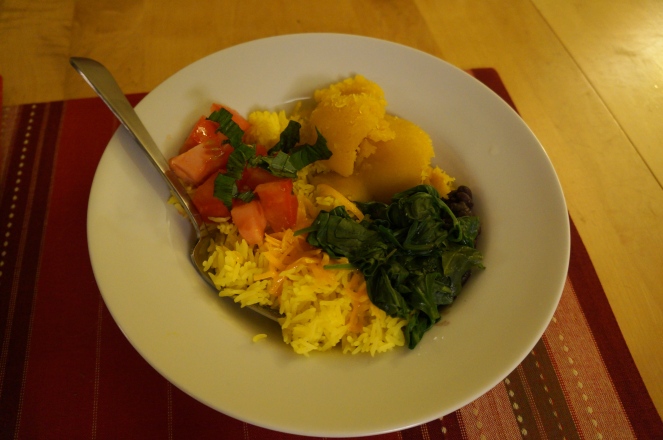 My mom and I went to IKEA and got their super cheap high chair. With the “IKEA family” discount, the chair cost $9.99 and the tray another $5.99 (full price). I’m sure all sorts of bad things have to happen for them to keep their prices so low, but expensive plastic chairs are probably equally bad for the planet. Anyway, we put him in it at the store and I couldn’t believe he could actually sit up in it! It’s become more difficult to eat while holding him in my lap, so this is an exciting step. I don’t think he’ll start any solids for at least another month, but at least he can sit in it and play. 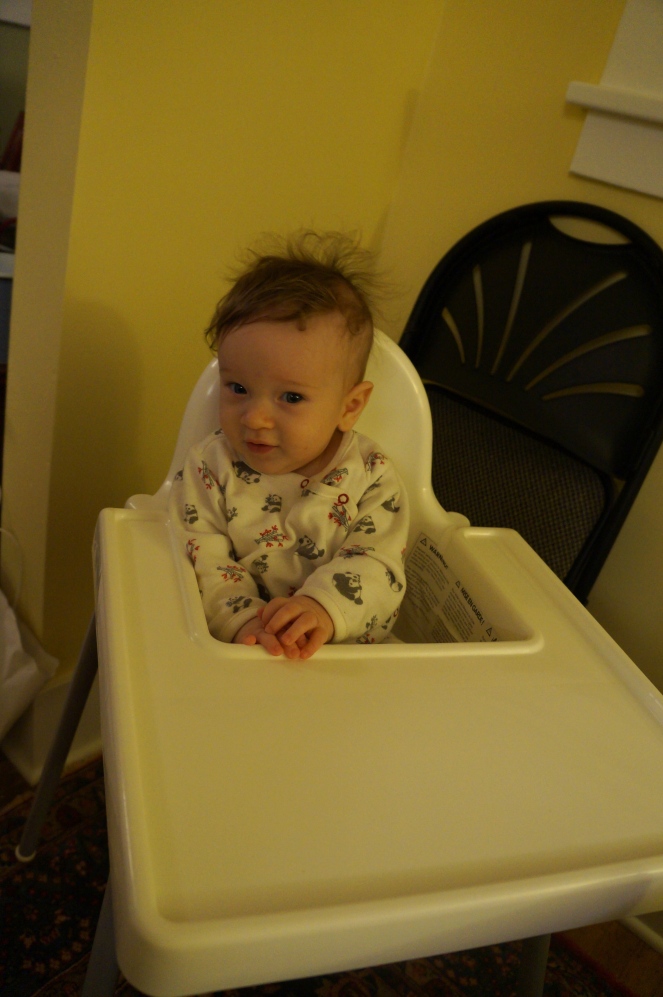 I took my mom to Book Babies at the library and got this picture of Ari sitting up for maybe the longest I’ve seen him sit unassisted (like 20 seconds).

Also during the week, Ari got another vaccination. This time I decided to spread them out, so he only had one shot and I’ll take him back later for more. He didn’t seem as miserable afterwards this time.

A. and I celebrated our anniversary by going out for a nice Italian dinner, which is the sort of event that is much more significant now than before having a baby!

Then after I worked for a couple of nights, we went out for dinner with friends. We walked there and I tried out a new way of holding Ari in the Baby K’Tan – I think he really liked facing forward while we walked! 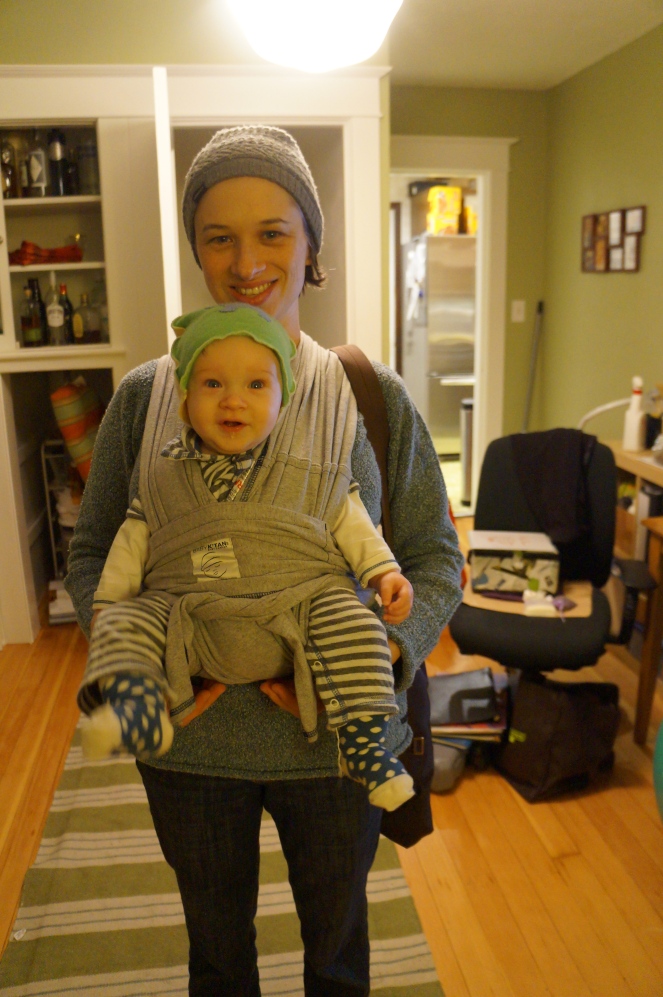 And today it was picture time! 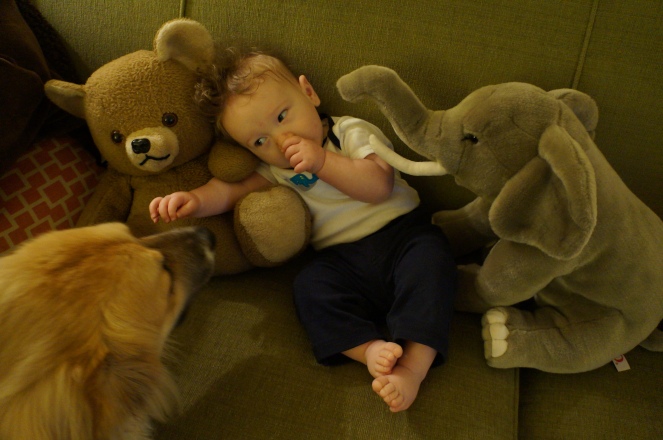