This week we had visits from my mom and aunt and I took a two-day class to get certified to administer chemotherapy. I was so tired during the class because I keep staying up late at night! I hope it gets better when I start day shifts in January. One night I was able to clean the kitchen floors and counter and do a sinkful of dishes, though, which made me happy. A.’s mom has been doing most of our housework, which is so nice and exactly what you want guests to help with when you have a baby, but I also love when I’ve cleaned something myself and I hate not having the time or energy to do it.

Andrew and Ari both got vaccinations the same day. The clinic is still out of the combination vaccines, so we picked just three (one was oral) for Ari to get so he wouldn’t have to be stabbed four times again. He’s a couple of months behind on most of his shots now, but we’ll get caught up eventually. It’s so awful to make him scream when he’s lying there kicking and giggling! Getting sick would be worse, though. Our top priority last time was the pertussis vaccine because whooping cough is so prevalent now.

Here is Ari in his playpen:

And putting various things in his mouth: 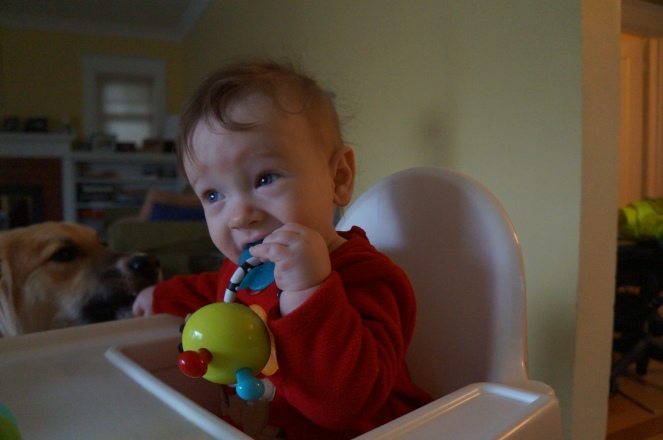 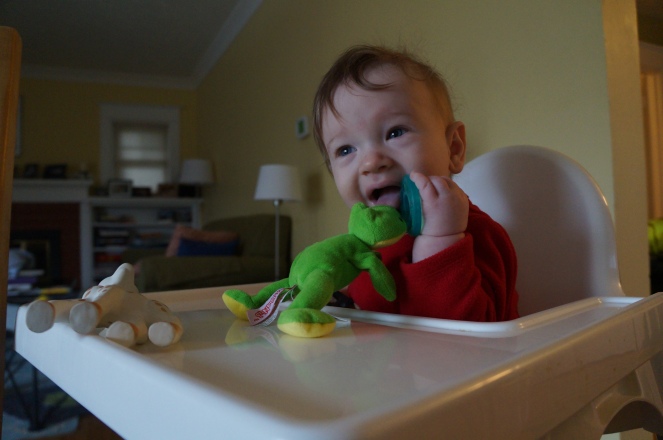 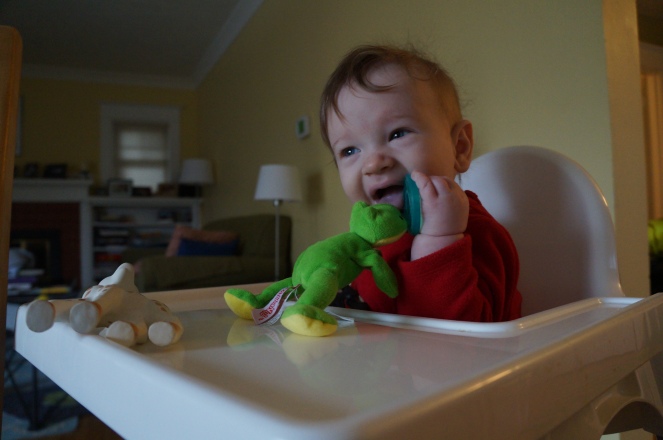 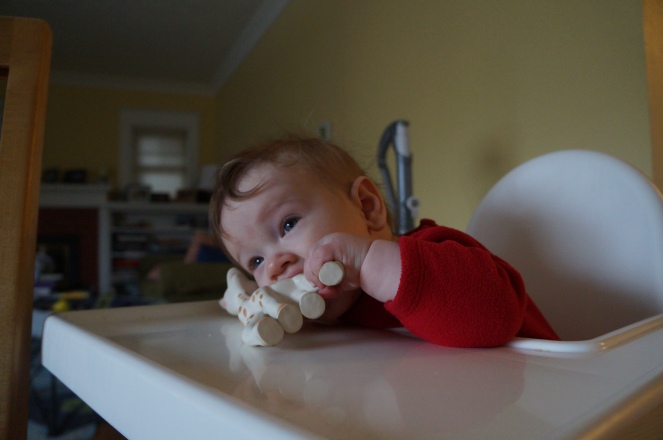 It’s so fun that he can sit in high chairs now!

We’re trying to keep Andrew off the bed now because he’s been limping, favoring his left front leg, and we’re supposed to have him on strict rest for like six weeks now. Jumping off the bed is probably hurting him. But I think he’s already feeling a little neglected and I hate taking the bed away from him! I hope he gets better soon, but also if we get him used to using his bed on the floor, I will probably sleep better. I didn’t want to stop co-sleeping with Ari, either, but lately he’s been sleeping through the night in his crib in his room, and I can definitely get more comfortable in bed! We finally put the bassinet away. He’s getting too big for it!

We’re almost done with the swing. He’s managed to flip himself out of it so he has to be supervised, but sometimes it still makes him happy.

I ordered some babyproofing supplies to start covering outlets, anchoring furniture to the walls, and locking drawers and cabinets shut. It seems like a lot of work! I’m not sure what kinds of drawer/cabinet safety devices will work best for us, so I got a couple of different kinds to try. 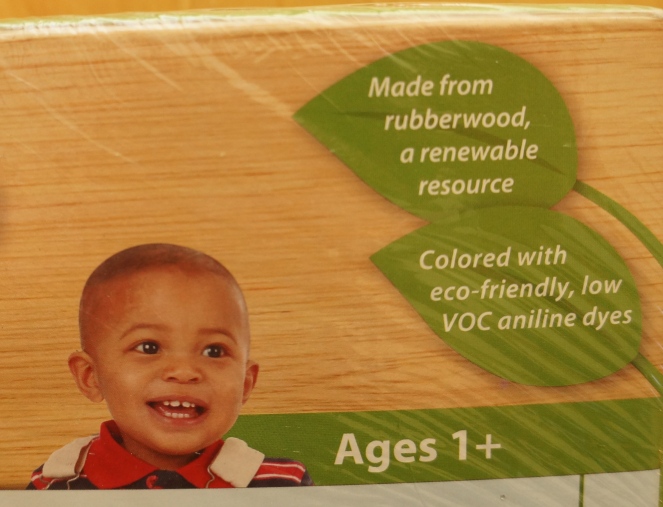 We let Ari gum some celery and carrot sticks. Andrew was pretty happy about the carrot stick when it dropped on the floor!

He’s a fan of this new octopus teething toy!

I don’t have a 26-week picture yet because we’re currently at A.’s company retreat and I don’t have the stuffed animals or couch here, but there is a Santa photo!