Here he is on the way there:

And on the way back, after he woke up, in the dining car – he stepped on one of his socks and pulled it off: 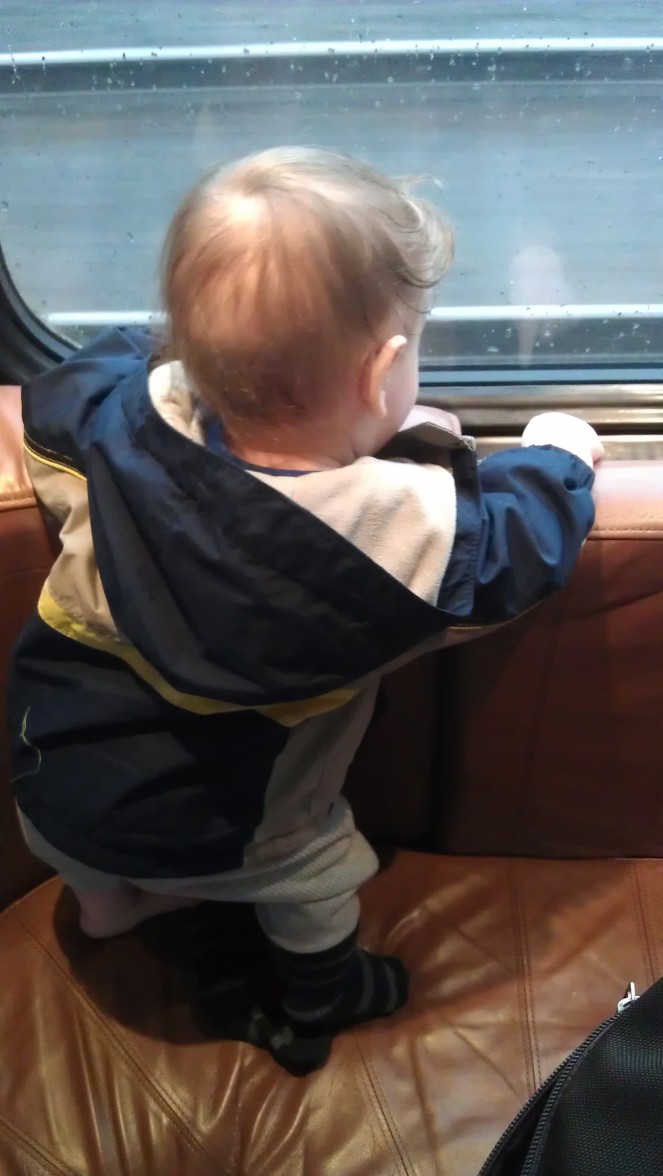 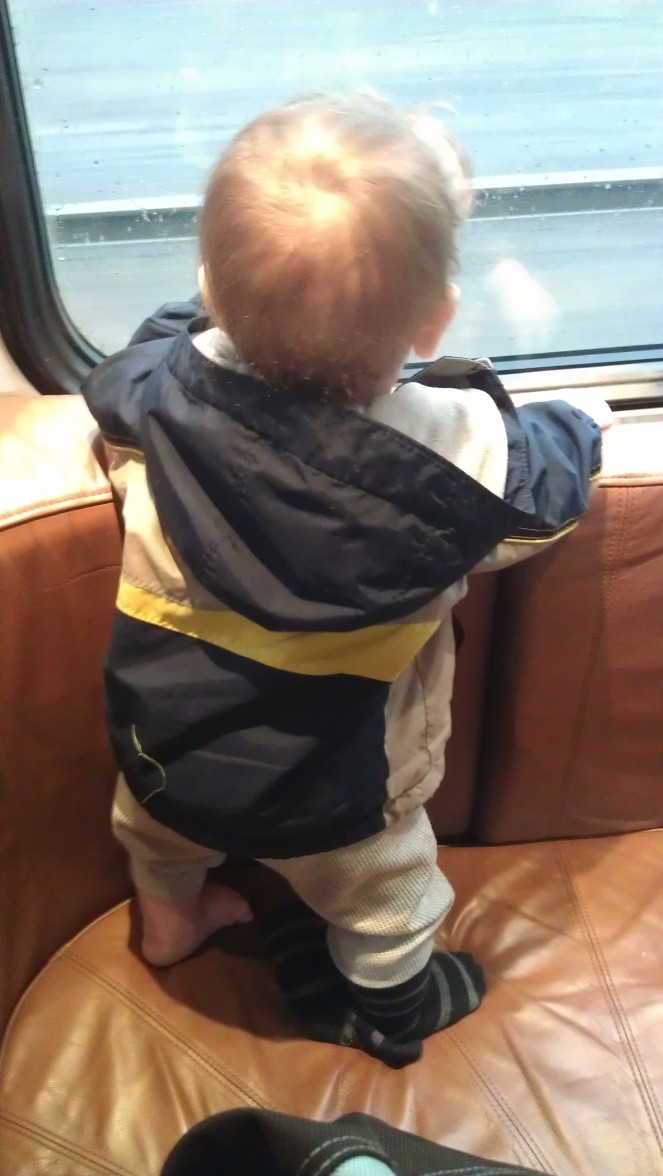 In his rain jacket, a picture from my aunt:

His first rice chex, at the hotel:

Napping at the hotel: 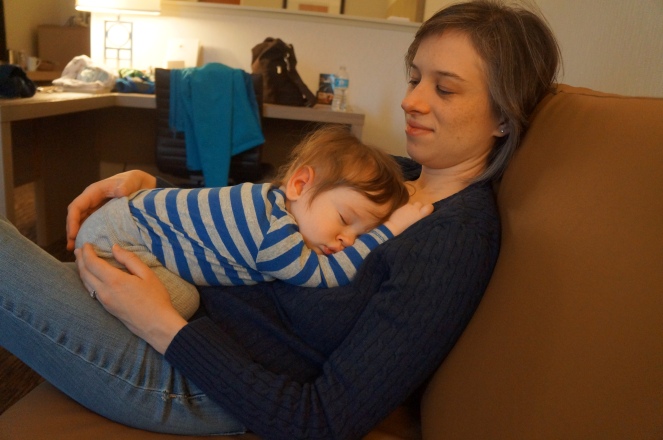 Playing with the dogs: 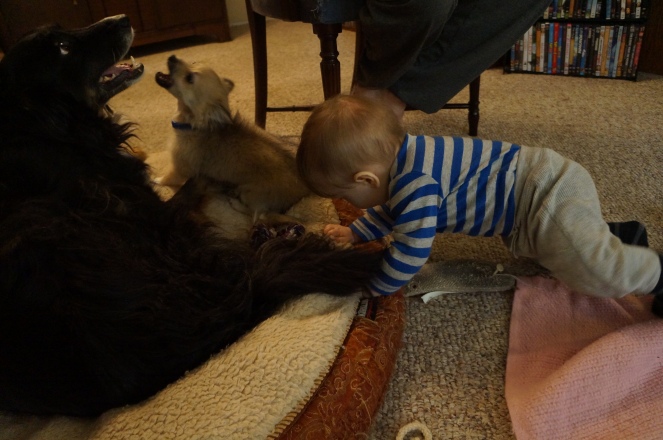 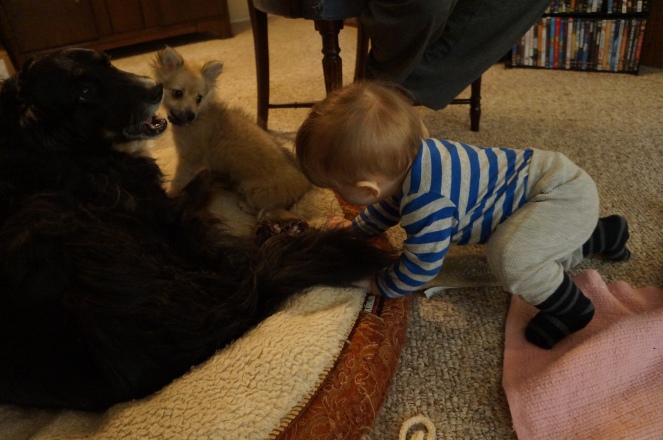 And one of the cats: 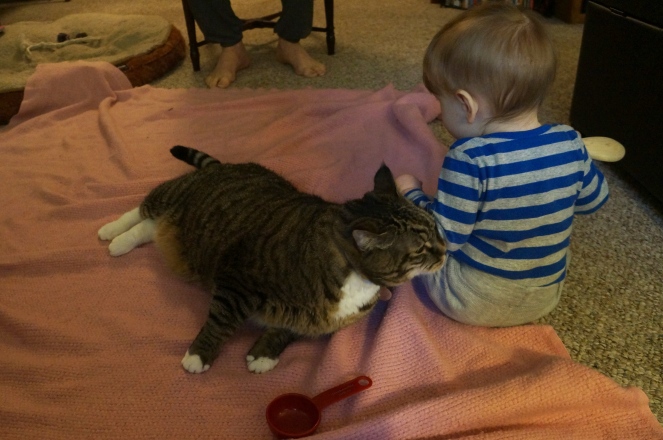 I have a few other pictures from home to share, too. When we went hiking last week, my back got sore using the Ergo. I want to be able to do more hiking with Ari this summer, so I went to the consignment store and picked up a Deuter KangaKid expanding kid carrier backpack. So far, I like it! 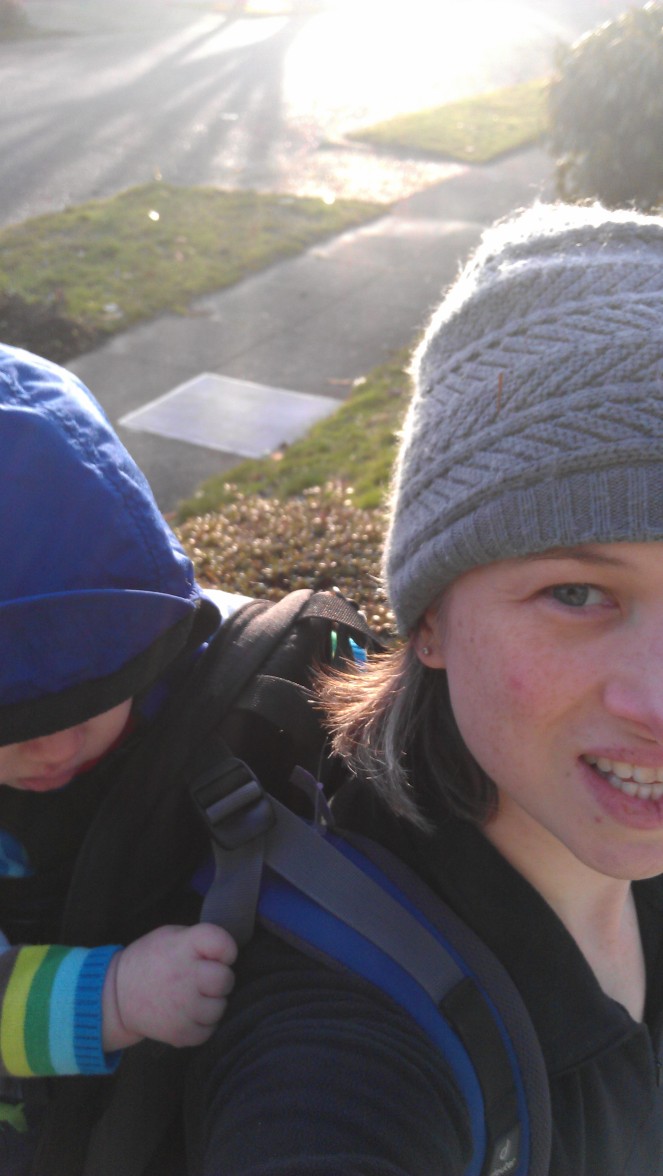 Here’s a picture of Ari in his funny outfit that day:

I’ve discovered that Ari’s little color-changing elephant lamp is a great way to keep him occupied for a while – he’s fascinated!

I love the effects of these next two; they remind me of photos from the 60s: 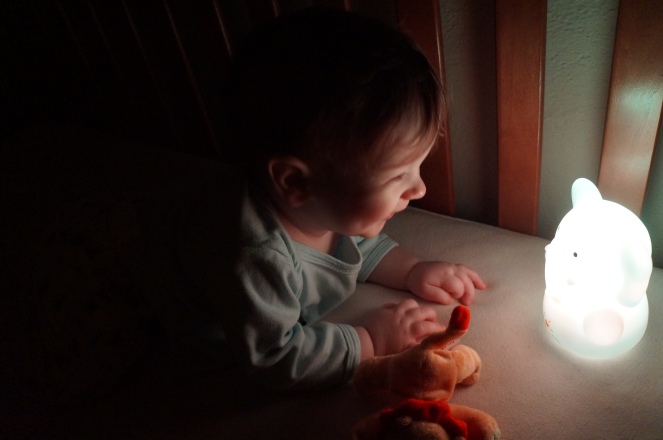 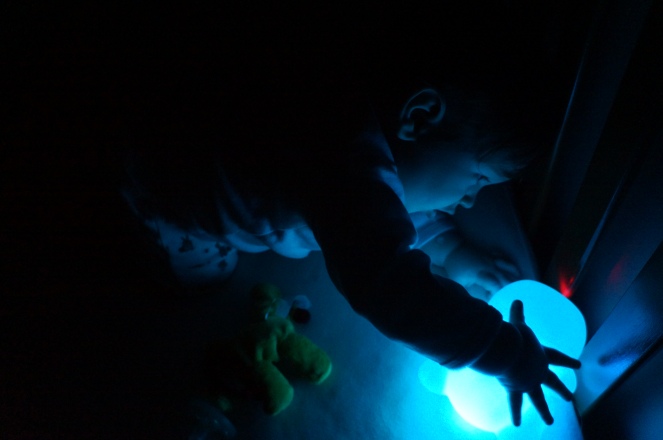 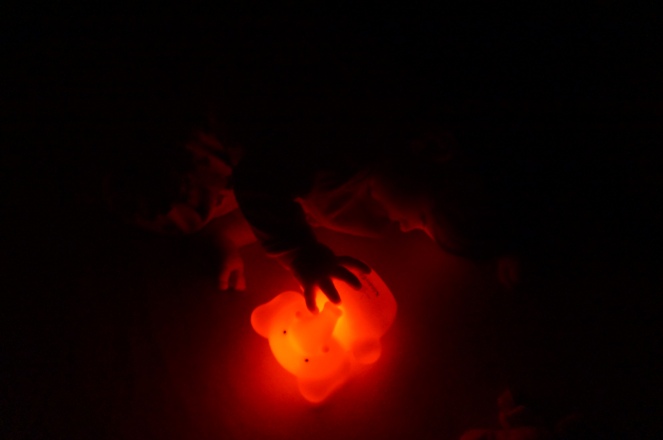 Last, check out this rat tail he’s sporting! I don’t want to have his hair cut yet though!