Ugh – I’m about to start a stretch of work where I’ll do 80 hours in 8 days. That’s six long days where I won’t see Ari except for sleepy breastfeeding, one day with just a short committee thing, and one day off. I’m going to pay for the lovely six days (minus a work meeting yesterday) I’ve just had off!

At least they’ve been very nice days. Ari has finally been napping well again and has been a happy guy when he’s awake. And all of a sudden he’s doing so much more! He’s initiating games of peek-a-boo by putting blankets over his head (or pulling his hat down, as shown in an earlier post) – he’ll keep that up facing me in his stroller for quite a while. He also lifts the “peek-a-boo” flaps in some of his books – and turns the pages of his books by himself. Sometimes he’ll just sit there with a book, turning the pages (and jabbing at it and climbing over it and sitting on it). He points at things with his index finger and can feed himself raisins and other small things (and dog hair…) with a pincer grasp (kind of scary sometimes!). When he’s holding onto something and standing up I’ve seen him let go and stand for a second and then bend his knees to sit down.

He is also now doing some of his little puzzles! More on that farther down in this post.

Here are some selfies using the Baby K’Tan carrier so he can face out for a quick walk to let Andrew play with Baker at Jan’s house:

And some pictures from his first haircut yesterday! I was getting tired of his hair being in his eyes and figured he might be tired of it too. I took him to the woman who cuts my hair and she did a great job with my squirmy baby! 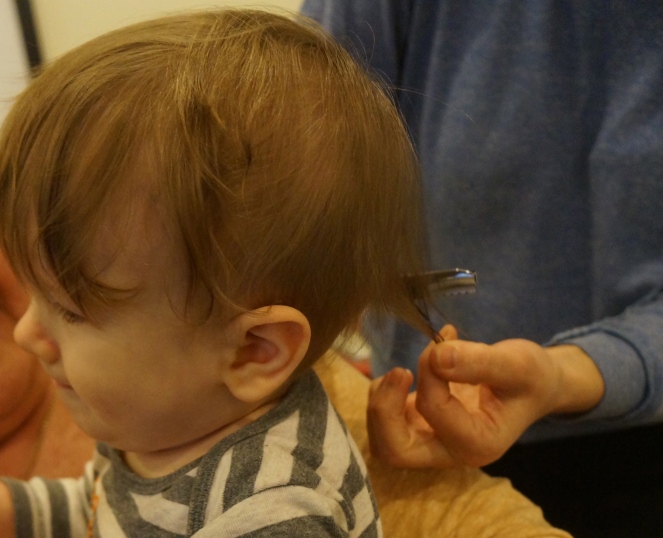 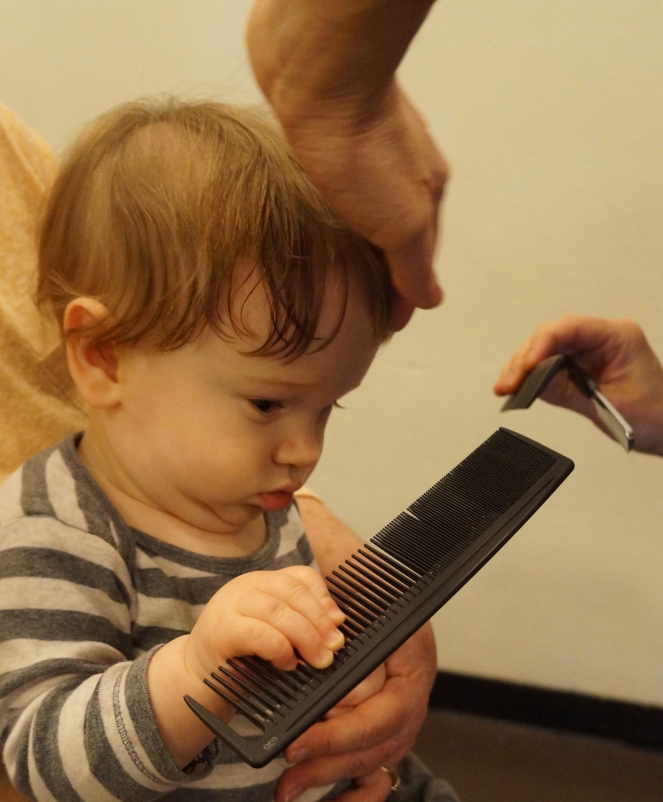 I’m glad I got a kitchen drawer set up for Ari because it really made my life easier this morning when I was trying to fix my oatmeal! The long metal thing is a knife sharpener but it’s not sharp itself, just heavy. He enjoyed the sound it made rubbing against the bumpy texture of the floor. 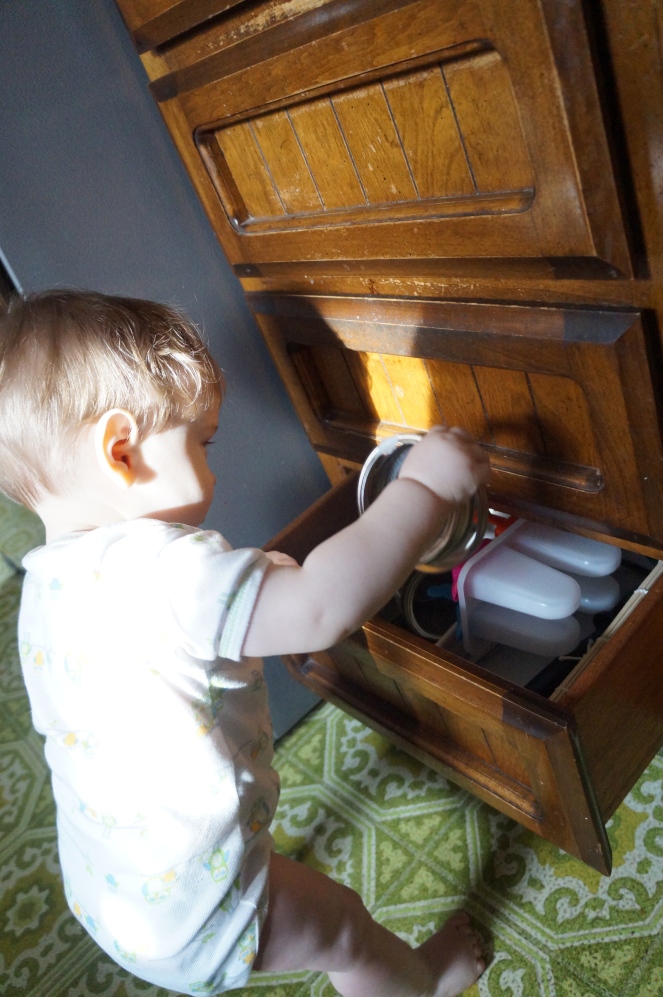 And here he is doing his “puzzles” this morning! For the past few days he’s been successfully putting the balls in his pound and roll toy (I got it at the consignment store) into it from the side (instead of pounding from above) and, more recently, getting the circles into this shape sorter if I show him first and then hold onto it. 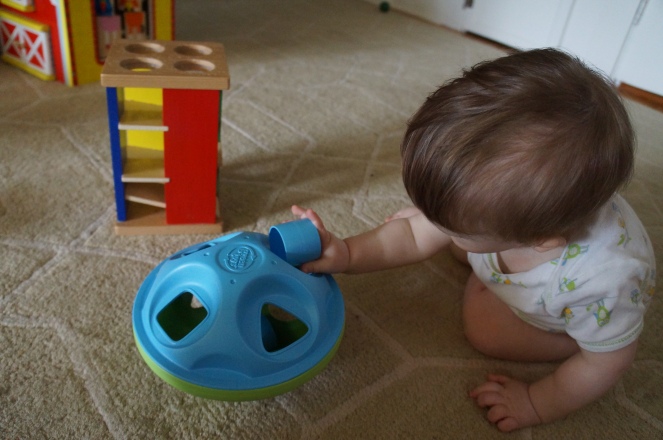 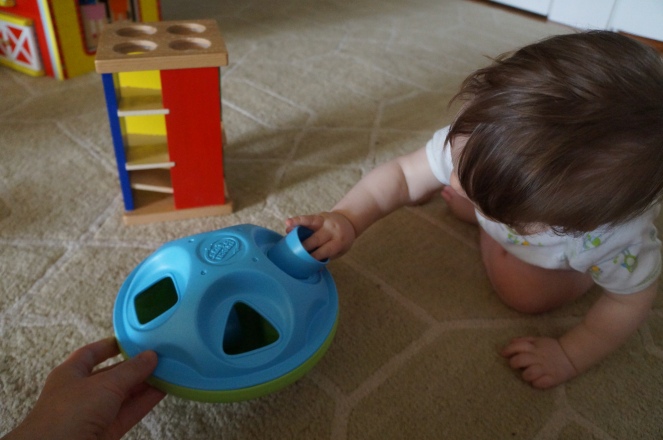 I can’t wait until I get my reduced schedule starting in June! I’ll have an extra day off every other week. I’m really excited about all the fun things there are to do with babies and kids in Portland. Not that I want an overscheduled kid, but in addition to the book babies (and later the book tots group for 12-24 months and then the toddlers one and then the family story time…) and the mama-baby yoga (and later the toddlers, kids, and family yoga…), I want to sign up for baby sign language when the teacher comes back from maternity leave in the fall, and then the toddler and kid Spanish lessons – I really want to learn ASL and Spanish, too! And we can become members of OMSI (with this area for little kids) and the Children’s Museum, which both look like so much fun. At my old job there was no self-scheduling so I never had a regular day off when I could take a class, but at my current job I can have a more regular schedule and it’s so nice!

I also reeeally want to do outside activities like hiking, camping, biking, and gardening and definitely some animal care. Living on a farm was a wonderful experience for me as a kid, and here we can’t have any big farm animals in our yard but we could go to work parties at this farm sanctuary, which is connected with the preschool we want Ari to attend.