I read a blog called Feeding the Soil, by a blogger I’ve been following since she first started blogging about planning her wedding on 2000dollarwedding, when I was planning my own wedding. She had her first son right around the time I first started thinking seriously about getting pregnant, and her (hyper-analyzed) journey inspired a lot of my own (obsessive) thinking and planning for motherhood. She has written a few times about how hard the adjustment was for her, and has described the 16-month mark in her son’s life as a turning point when things started to feel easier and more fun.

Ari just hit 16 months (okay, a week and a half ago now) and I have also noticed a shift in how I feel. It’s not the same for me as she describes in that post, because I love babies and have been mostly delighted to have my own, but I feel like the shock of new parenthood has been wearing off in degrees and I have pretty well absorbed being a mother into my sense of identity. I sometimes talk about other things now! And having a baby is no longer at the top of my list of life stressors.

At the same time, Ari has begun clearly referring to me as “mama” or “mommy.” It’s so incredibly sweet when he stops moving around, looks right at me, gives me a slow smile and says “mama” with a soft voice. Or when he comes toddling toward me as fast as he can shouting, “mama! mama! mama!” then launches his body at mine with his arms spread wide for a big hug. Wow.

Here are some pictures. 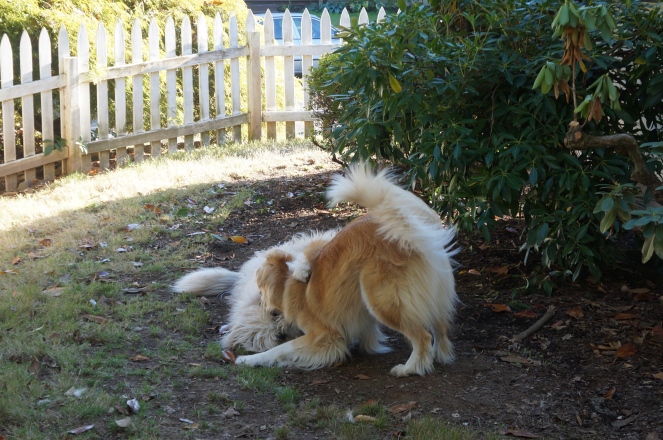 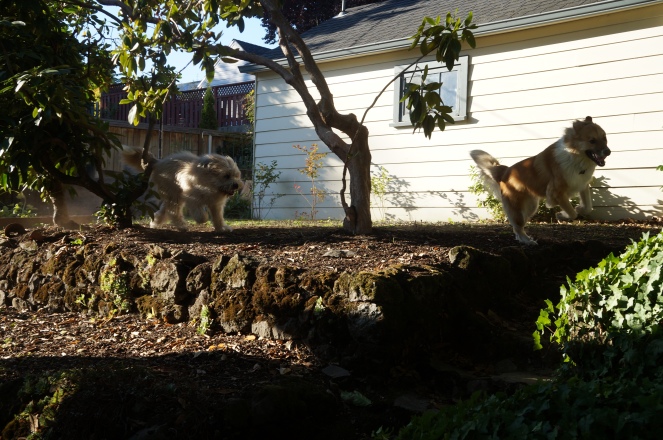 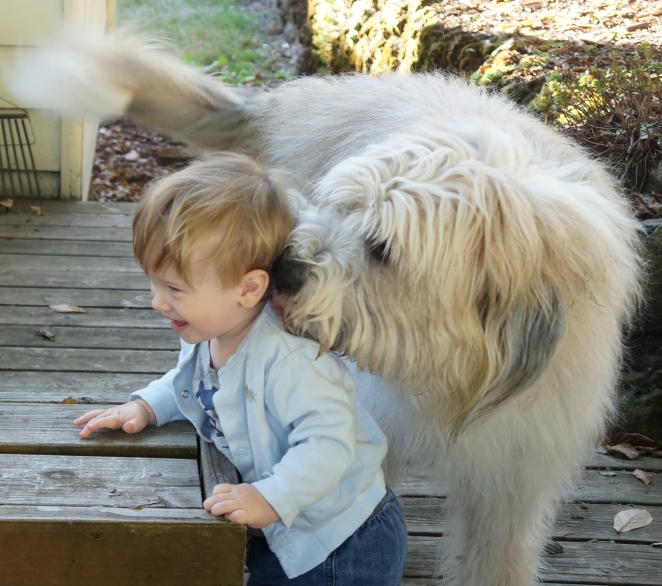 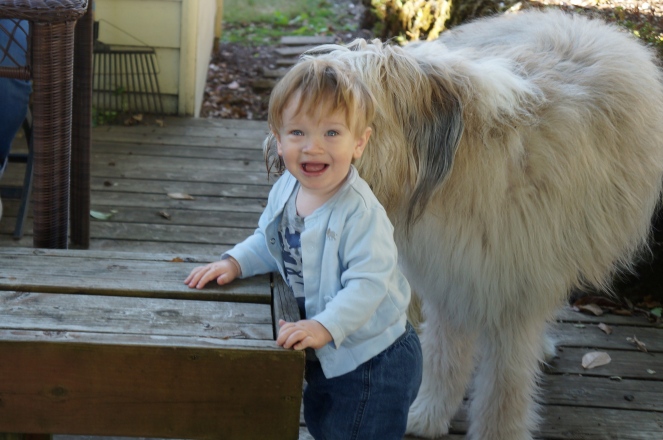 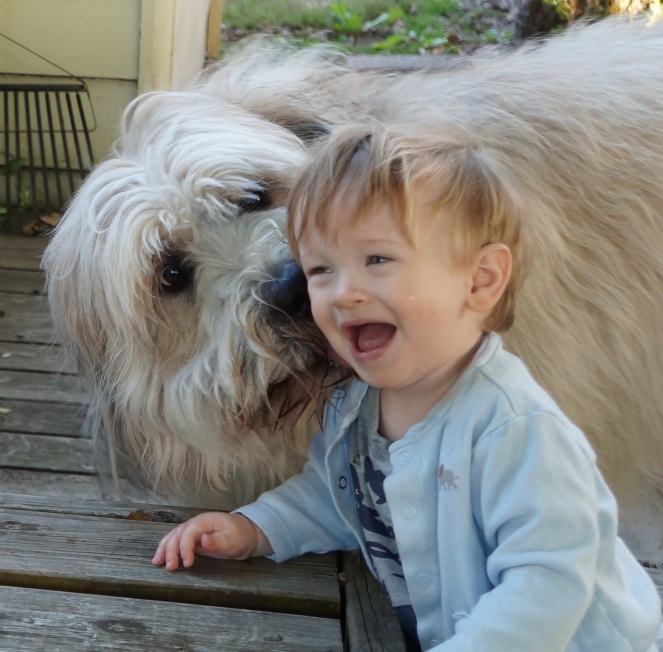 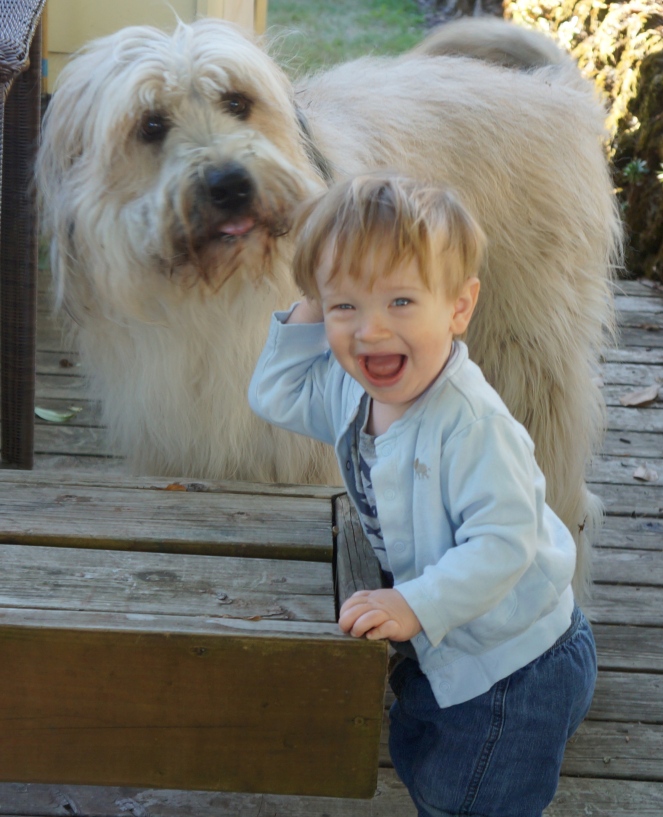 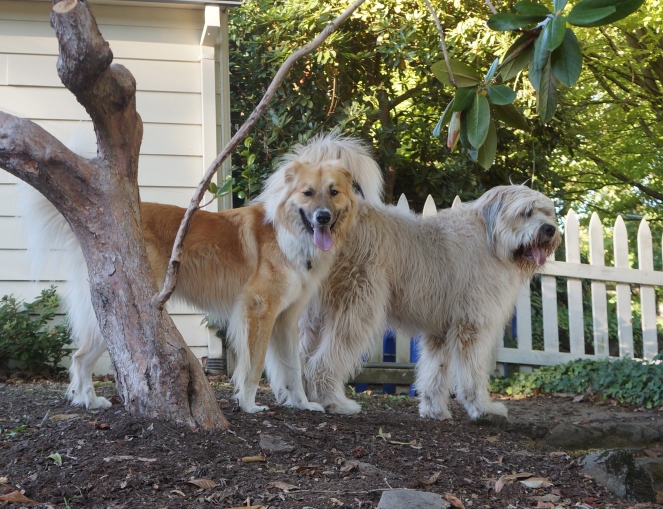 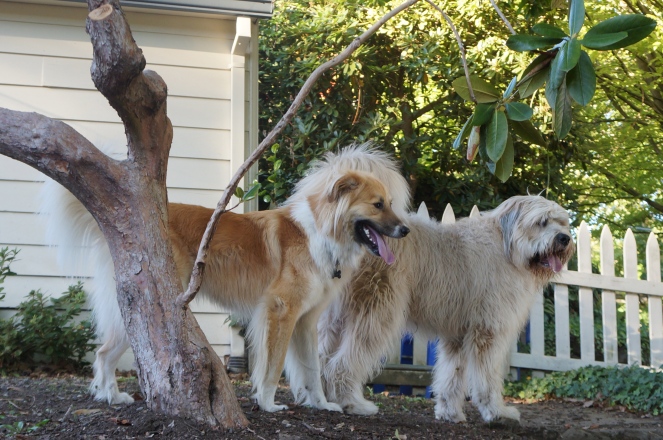 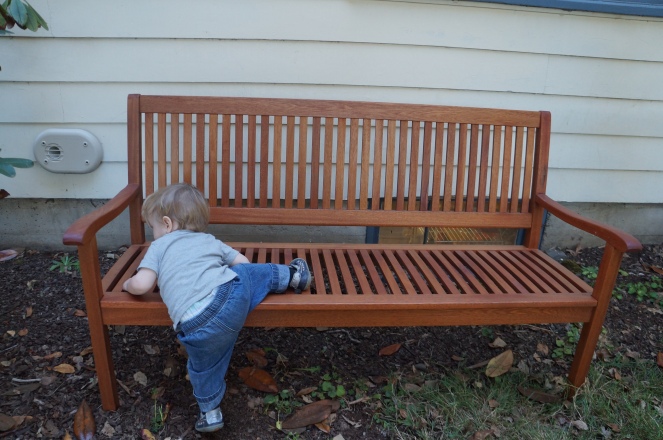 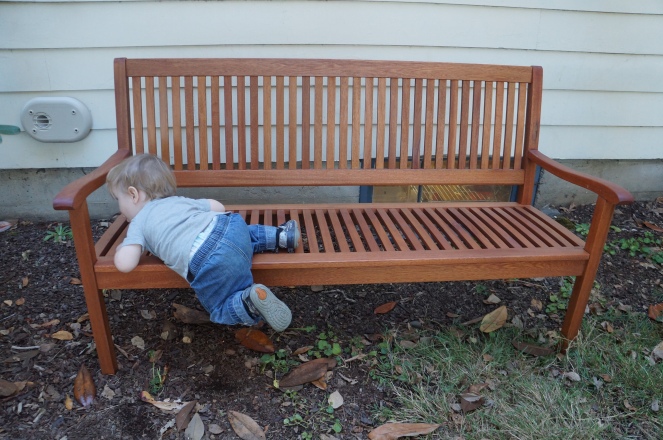 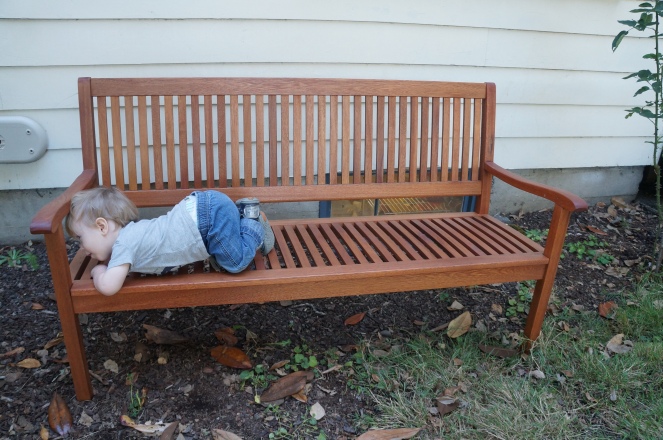 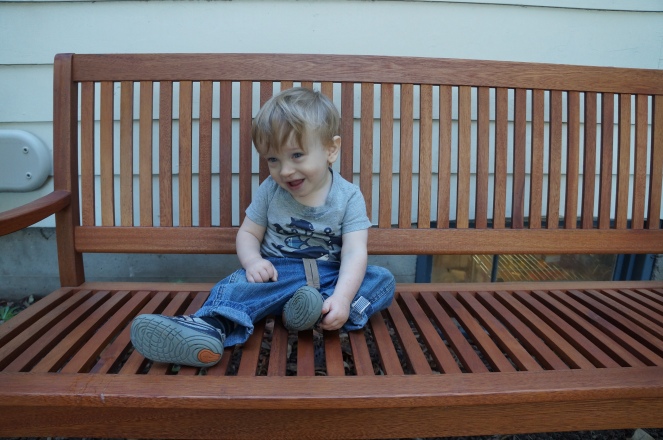 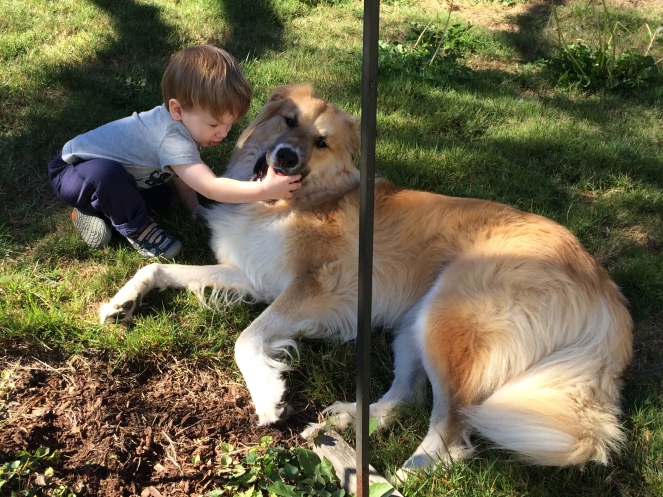 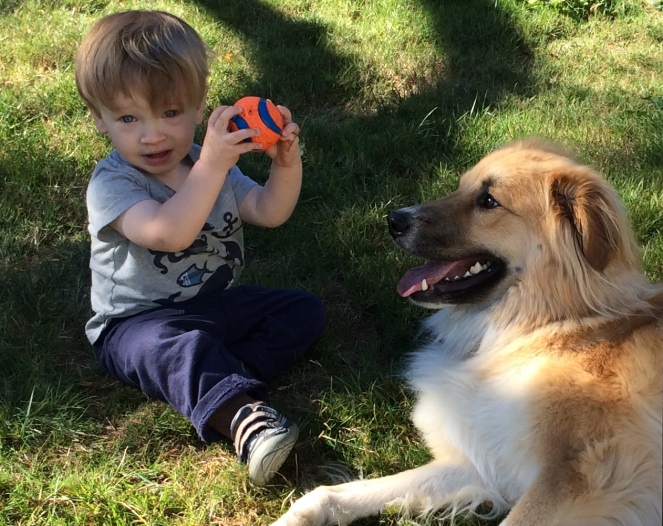 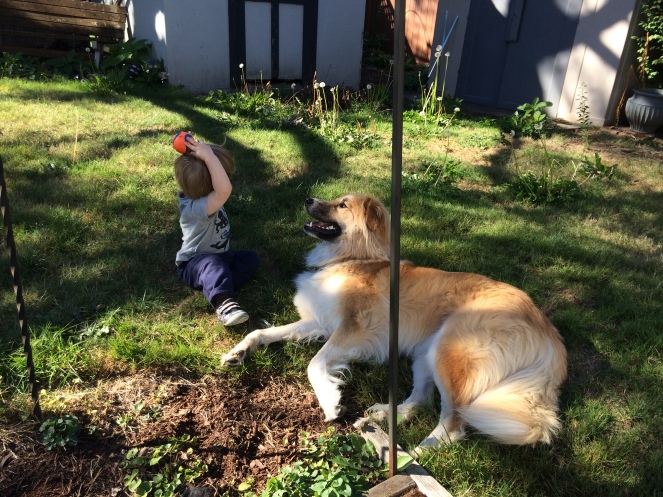 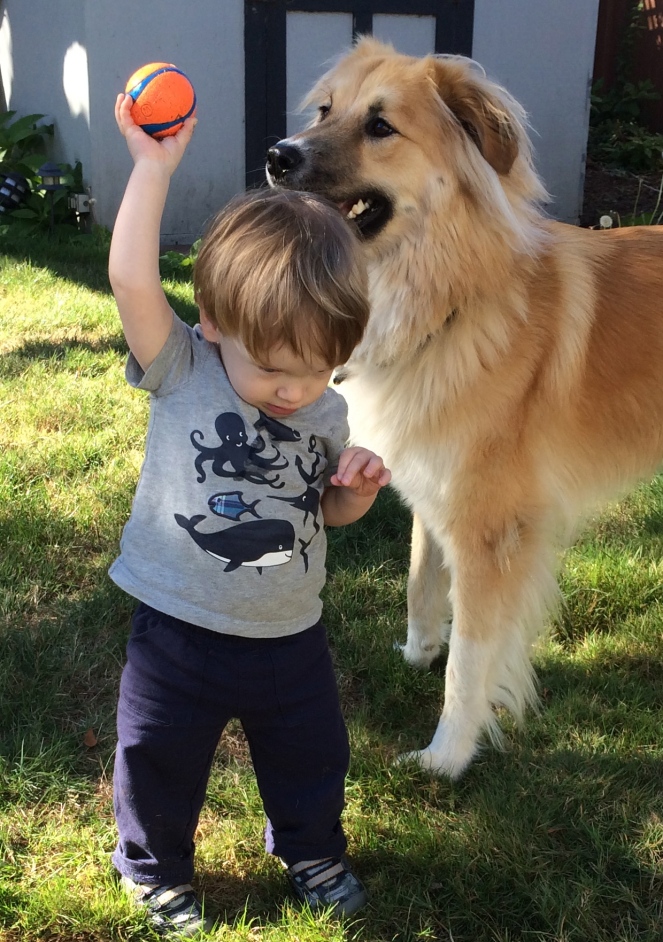 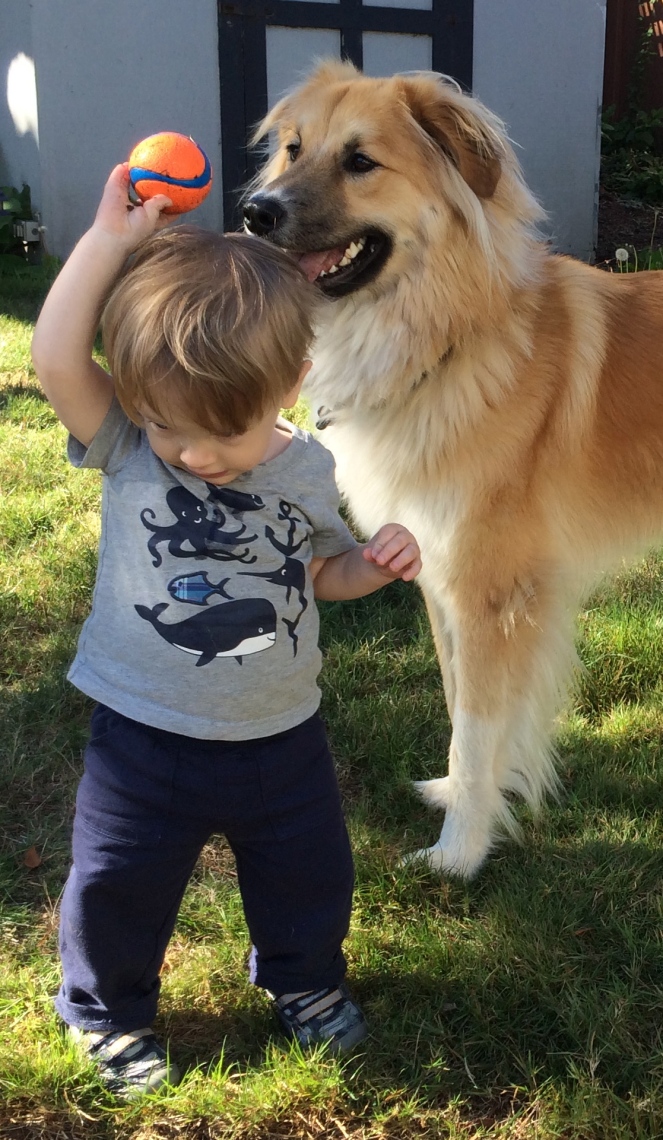 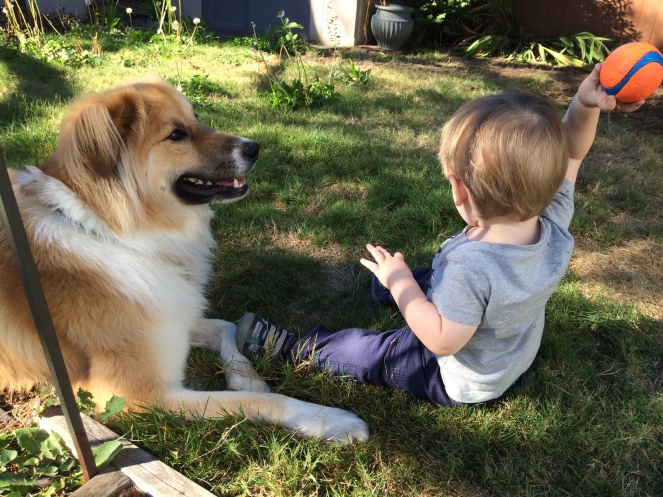 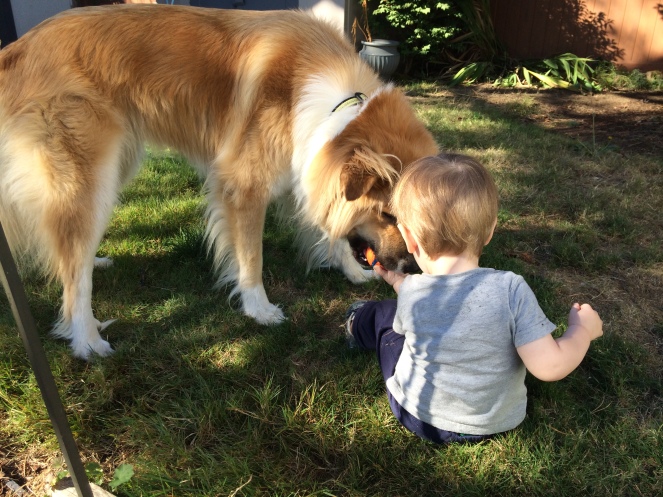 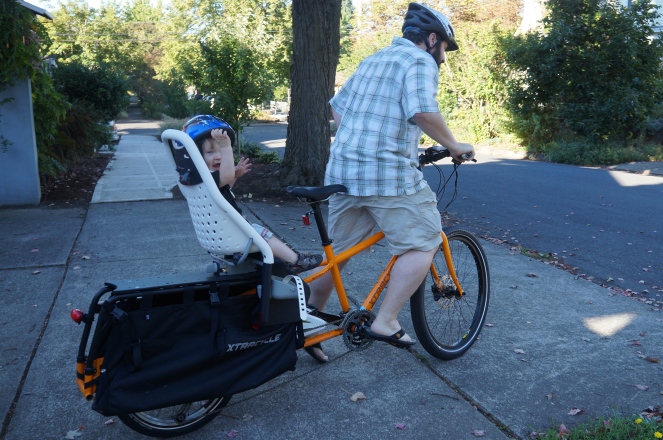 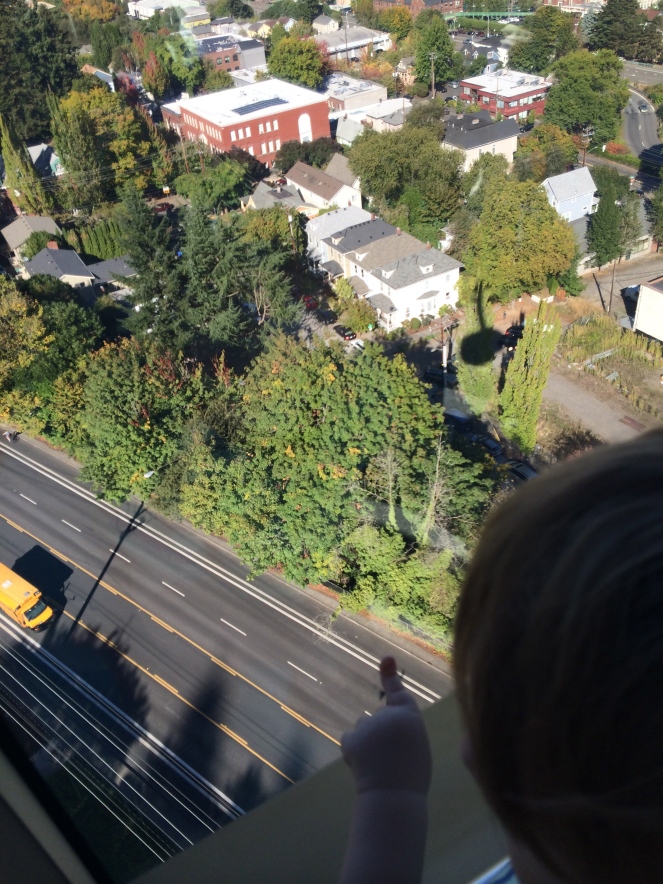 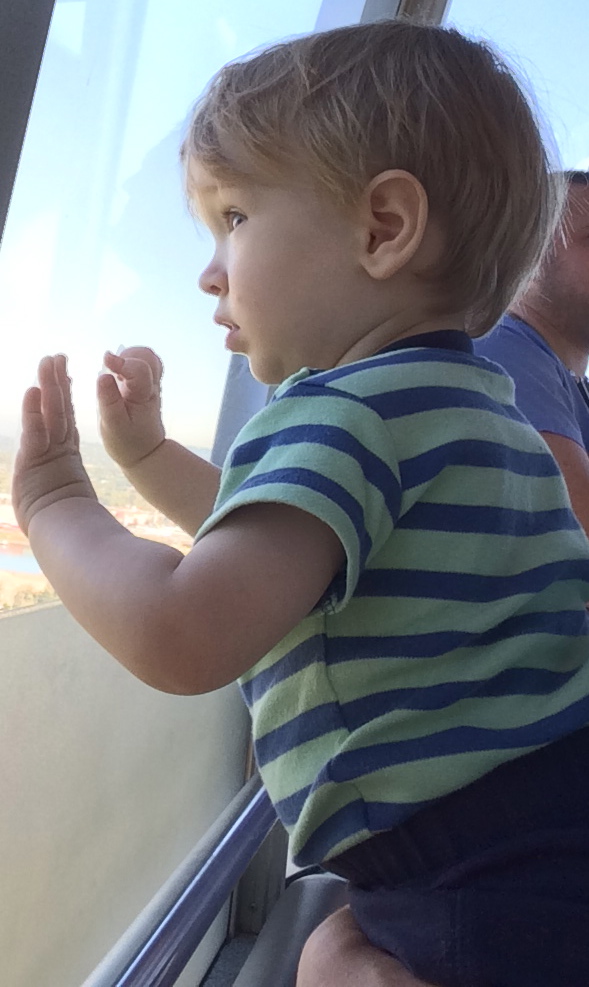 We had our first airplane trips when we went to Canada to visit my dad’s family! Carrying around the car seat and stroller and our stuff and him was difficult, and I didn’t buy him his own seats so we had to squeeze ourselves into one, but my parents were with us for two of the four flights, which was a big help. And Ari did quite well. The air pressure changes didn’t seem to bother him and he slept for two of the flights. I brought a large carry-on backpack with most of our stuff, and a large purse with some toys and books in it to stow under the seat in front of us, and gate-checked the car seat and stroller. I got a MacLaren folding stroller on Craigslist and I love it! 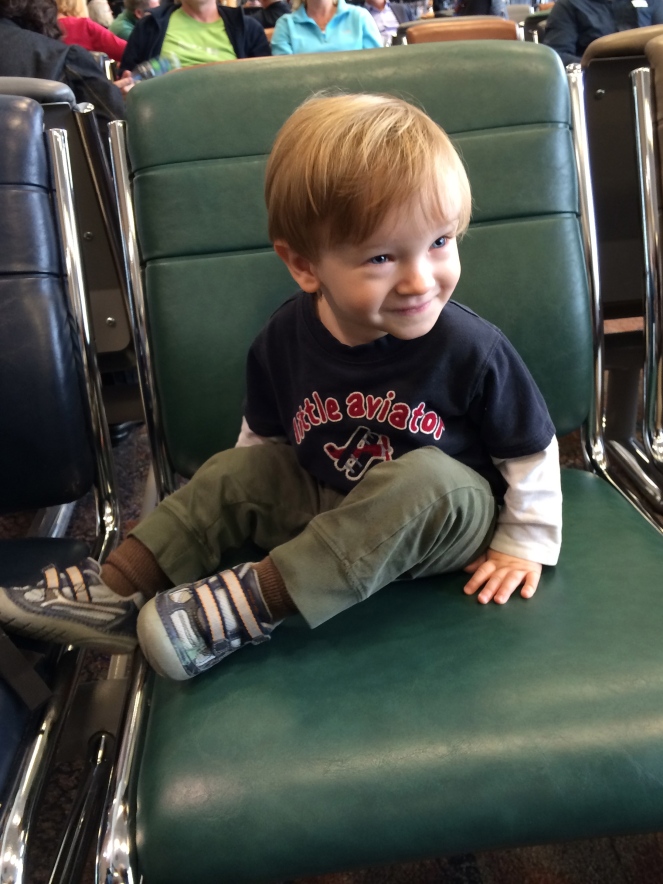 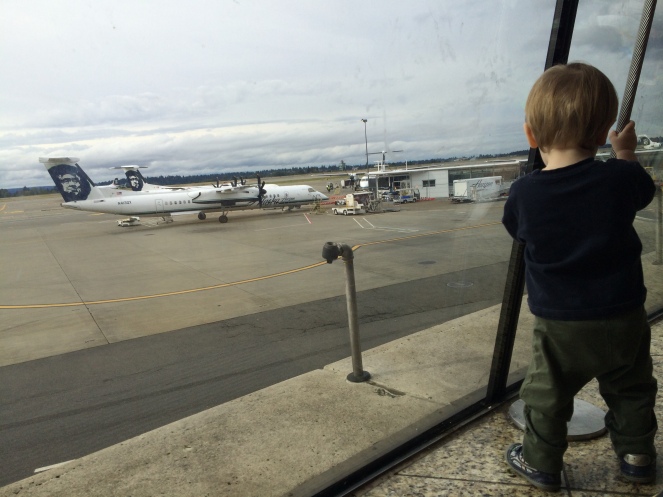 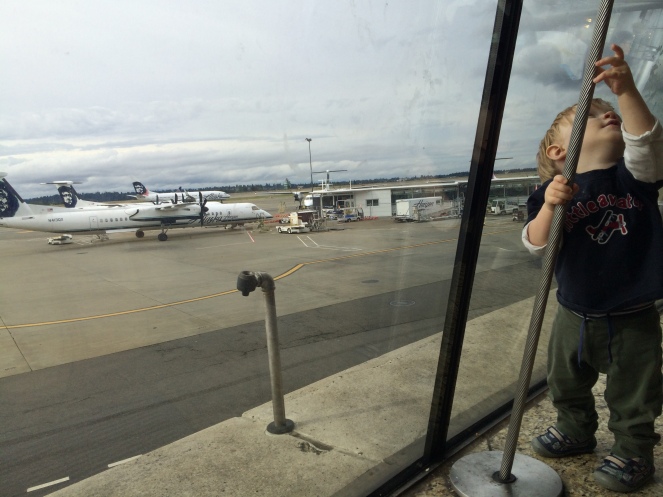 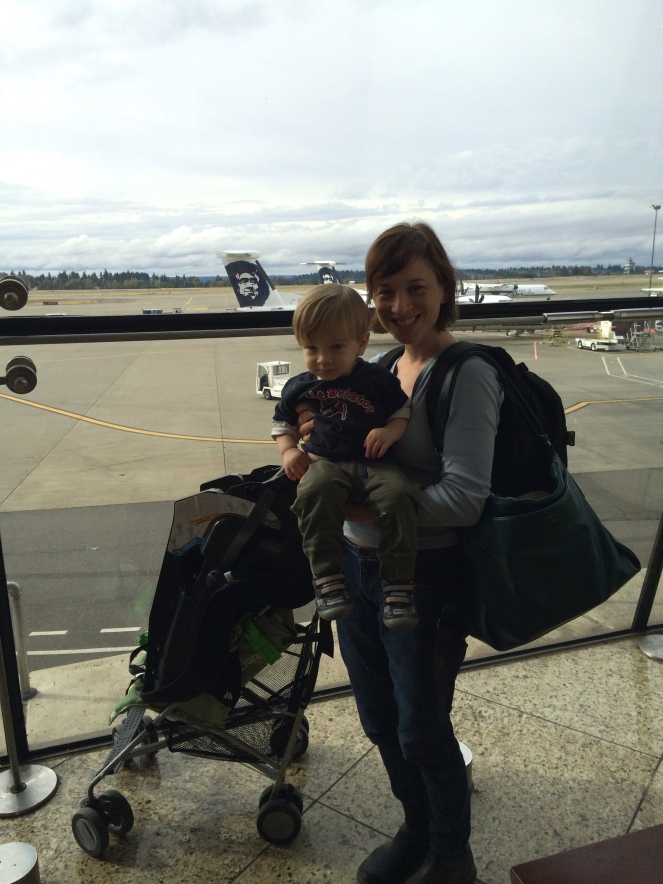 Ari has been SO into books lately: 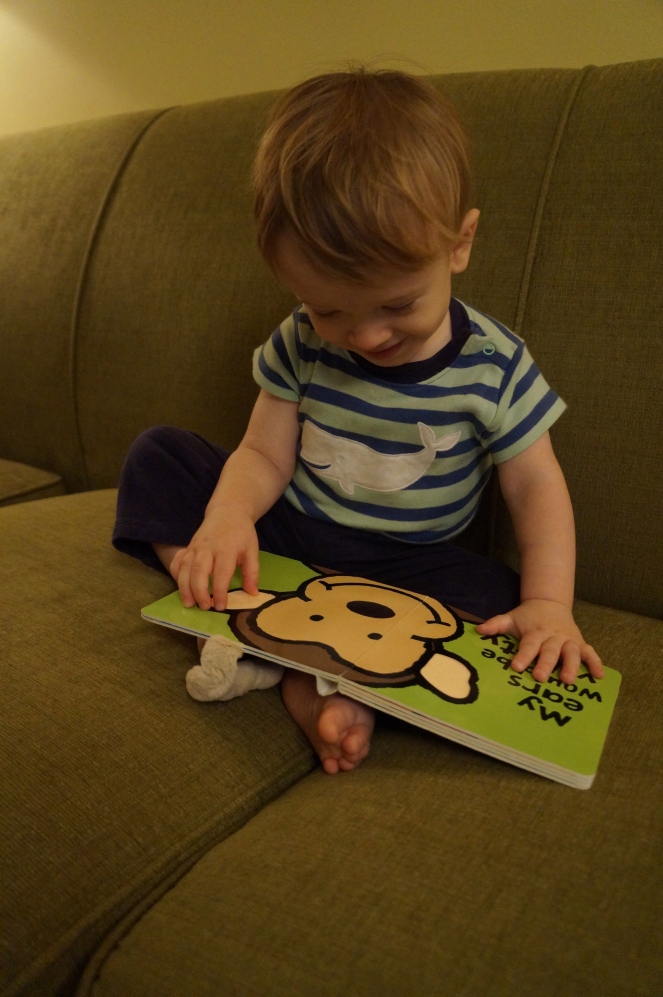 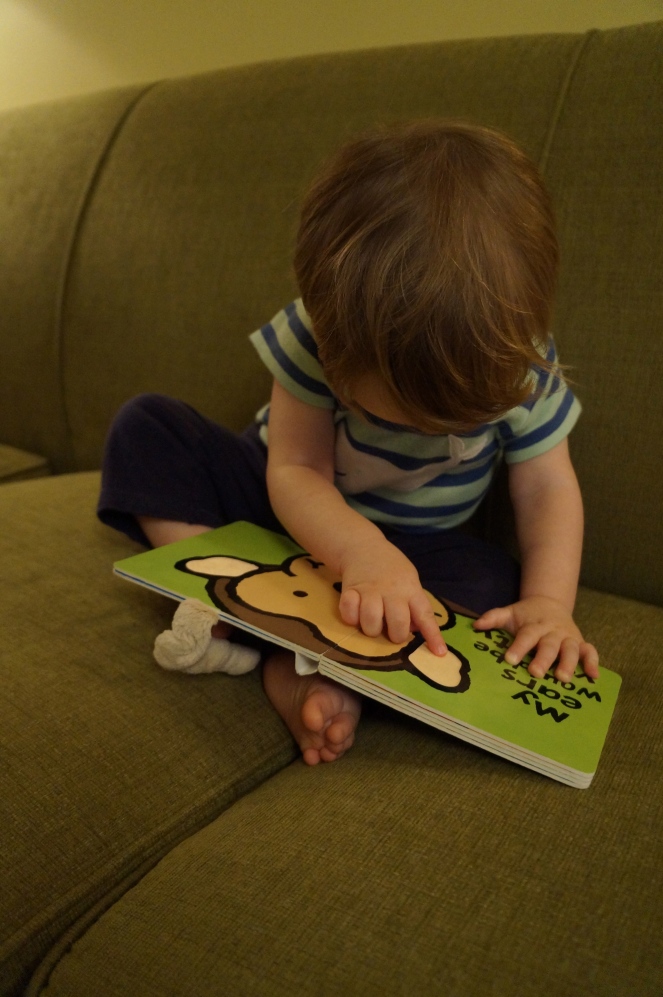 I love my busy boy! 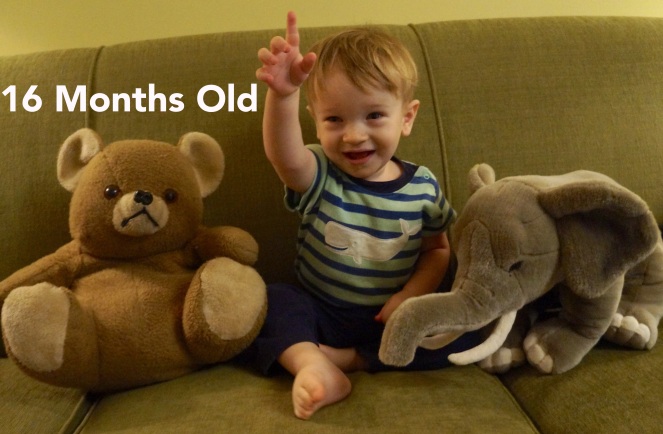 3 thoughts on “Ari is 16 Months Old: A Motherhood Turning Point?”