Yes, I know, we’re well past Halloween. Getting on the computer seems to get harder and harder for me! Anyway, here are some pictures from the last couple weeks of October.

Ari’s grandparents on his daddy’s side came to visit and took him to OMSI! I dressed him up in his new rain suit for the water play area. 🙂 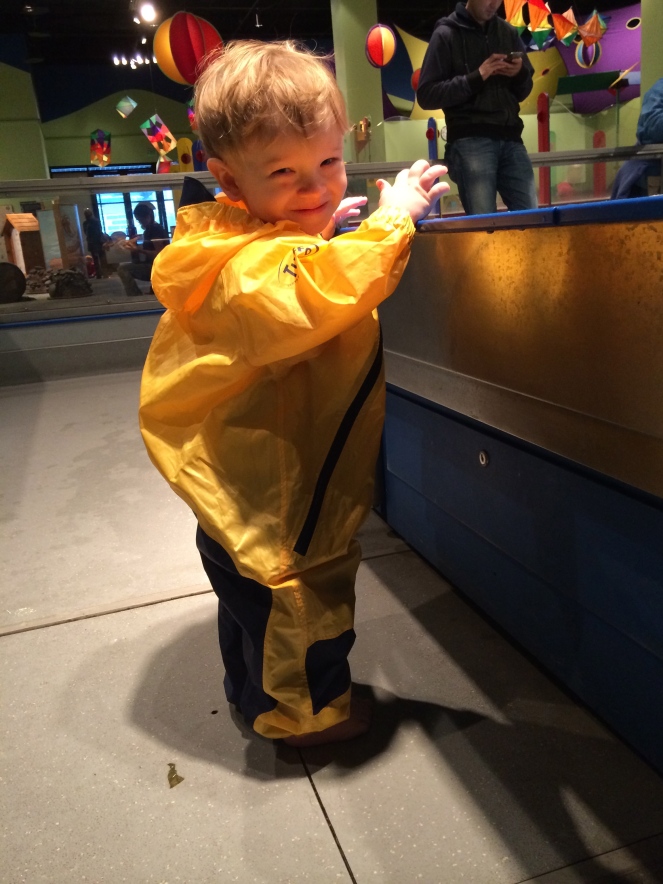 He’s been really into trains lately. 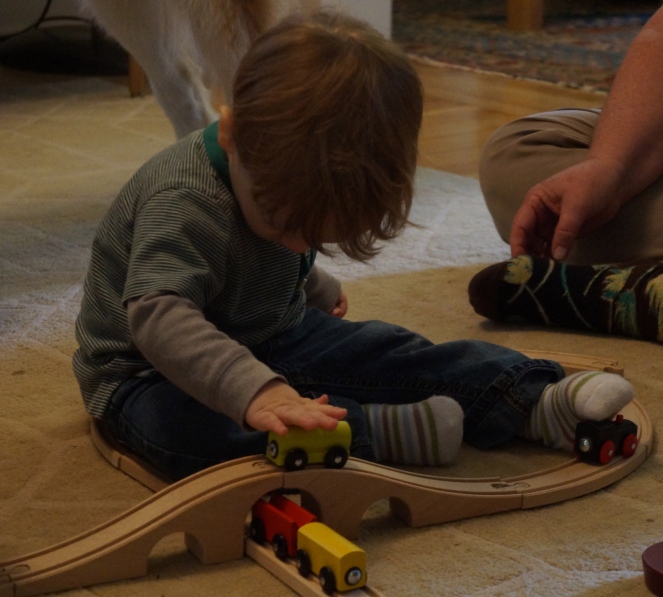 We visited my family in Olympia and went to two different farms where we fed goats and had other fall fun! Shortly before the trip Ari had just started saying “baa” and “neigh” for animal sounds. 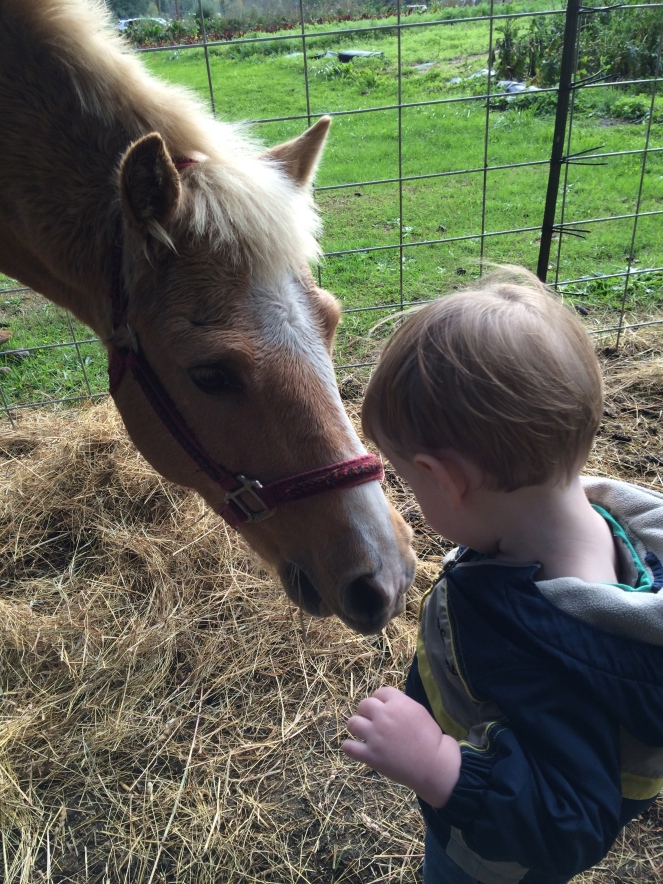 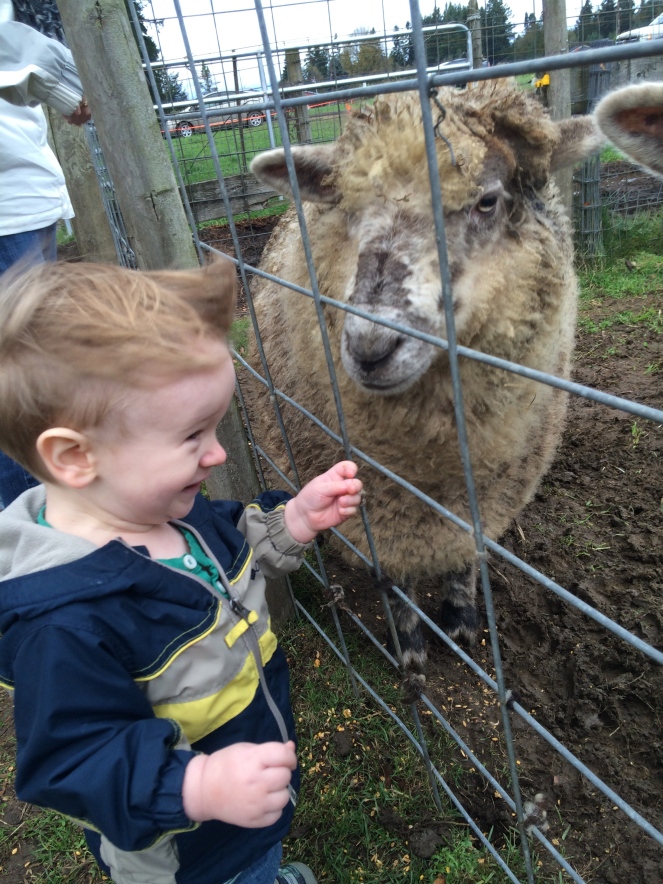 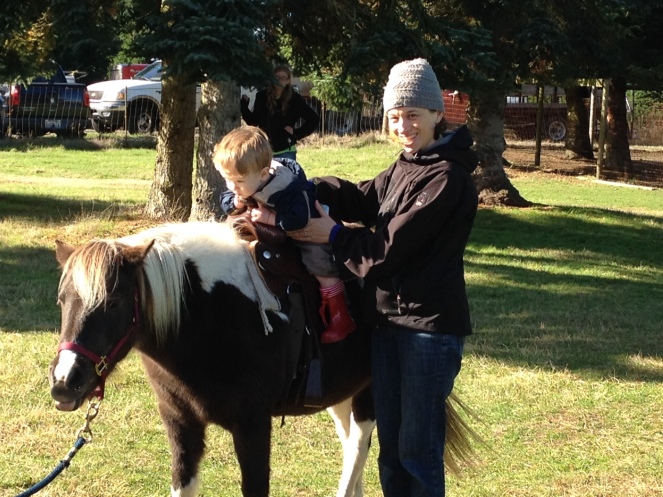 Halloween! Ari loves the fish at his school.

Trick or treat! Actually just visiting our friends down the street.

We didn’t do any trick or treating because he’s still too young and doesn’t eat candy yet anyway, but it was a beautiful day so we went for a walk. It was the only way I got him to take a nap that day! I love the recline features on our new Maclaren stroller.

This little bee loves tomatoes! He would like if we could just pick the tomatoes in all of our neighbors’ gardens instead of asking for candy.

We went out for dinner on a street that was doing trick or treating in the shops so that we could show off his costume and see other kids’ costumes, and it was fun to see some of the wild house decorations in that neighborhood (Belmont). Maybe next year we’ll be out (in the cold!) knocking on doors!