What has Ari been up to?

Wearing our team colors for the Superbowl: 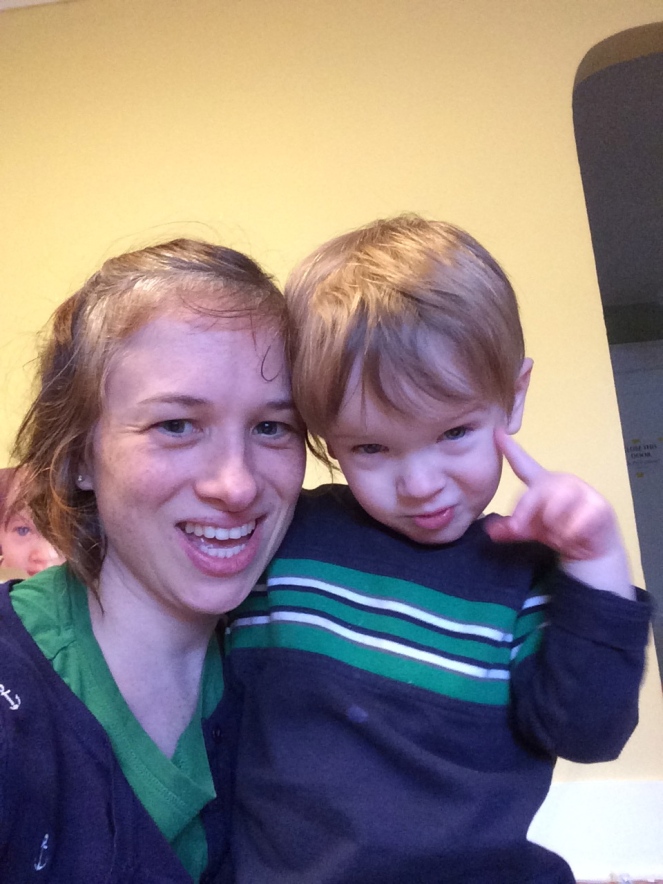 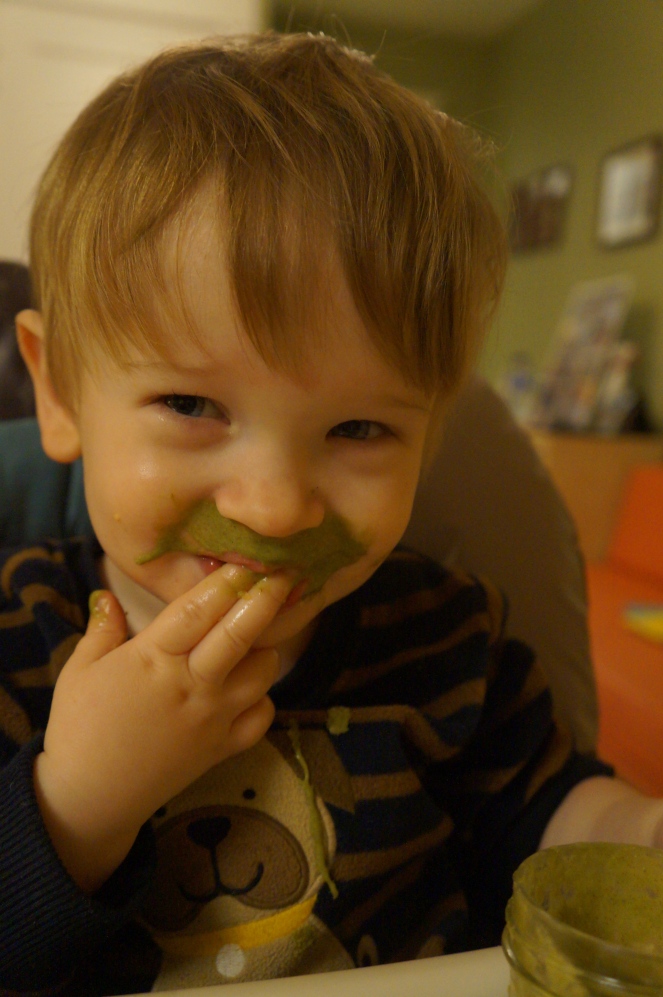 And playing at the park: 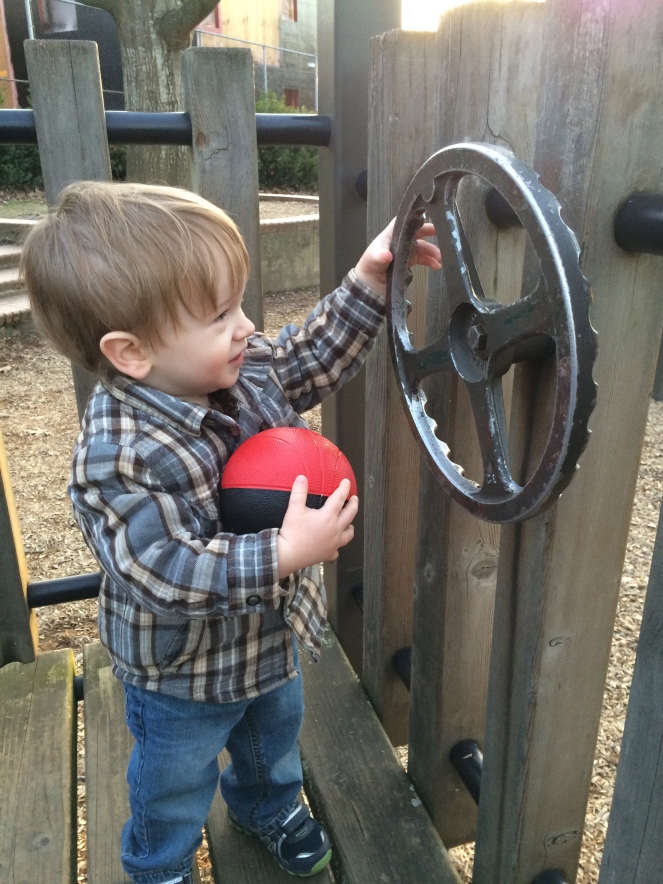 I’ve rearranged his room again and now it looks pretty much like this (still needing some decorating work):

He’s started to put things away when he’s finished with them. He’ll take a puzzle off the shelf, work on it, then pick it up and put it back! I saw him struggling when he couldn’t find an empty space for a new puzzle, so I put some away that weren’t the right level for him so that his shelves aren’t too crowded.

He’s still growing and changing so much all the time! The “word explosion” that’s normal for his age is definitely going on, with his vocabulary rapidly expanding, and he’s putting words together more, too – up to three words in a sort of mini-sentence. He has said “throw doggy ball!” and “whee slide ball!” Instead of just “no,” he’ll say, “no shoes!,” “no coat!,” or “no bath!” (pronounced “bash”). He’s continuing with possessives, putting names in front of “phone”, “book,” “shoes,” or “wawa” (water), for example. And the other night, he was throwing a ball to A. and me, saying “throw Daddy” or “throw Mommy,” depending on who he was throwing it to.

Another new thing in the past week or so is using and identifying numbers! We had no idea he was paying any attention to the letters or numbers in the books we’re reading to him, but he shocked A. by pointing to a page number and saying it! Then he did the same thing for all the other numbers, 1 through 9. Huh. Then he showed us that he can count (by recitation), saying “one, two, three…” and continuing up through “six.” I think he gets the basic concepts of one and two, because he’ll say “eye…two eyes” and “flower…two flowers” (pronounced “fafa”).

He’s also just started identifying colors. I haven’t been trying to teach him, just absently identifying them in some of his books without thinking that he understood, but then he started pointing them out and naming them. Surprise!

Socially, I’ve seen him sharing – even crossing a room to deliver a toy to another child – and making it clear when he doesn’t want to share, by bursting into tears when he could tell another kid wanted his ball, and saying “no” when I asked if he wanted to share. So far I don’t want to make him share, but I have said that we had to put something away and play with it later if he didn’t want to share it. The other day at the park, another boy shared his toys and then Ari gave up his ball in exchange. It was so sweet!

Another thing I’ve noticed is that Ari seems pretty slow to warm up in a new environment. He’ll just stand in one place, watching everything, before he’ll slowly start getting involved. Then he’ll get so into what he’s doing that he doesn’t want to do anything else. I think that’s pretty normal. But sometimes I don’t know whether I should leave him alone or get down on the floor with him to encourage him to play and to model more assertive or engaged behavior. His teachers say that he’s “gentle” and I like that, but they also say they are encouraging him to “use words” and speak up when something upsets him, such as when someone takes something from him. It’s crazy that he’s getting to the point of being able to “use words”!

Here’s my little guy, in a rushed picture on our way out the door for “school”: