The other day I made a delicious vegan (and gluten free!) soup and I want to share it! How to make it, that is.

First I like to get all the ingredients out where I can see them! Also, I chopped stuff up while the kids were at school but then I left to go pick them up before I started cooking. 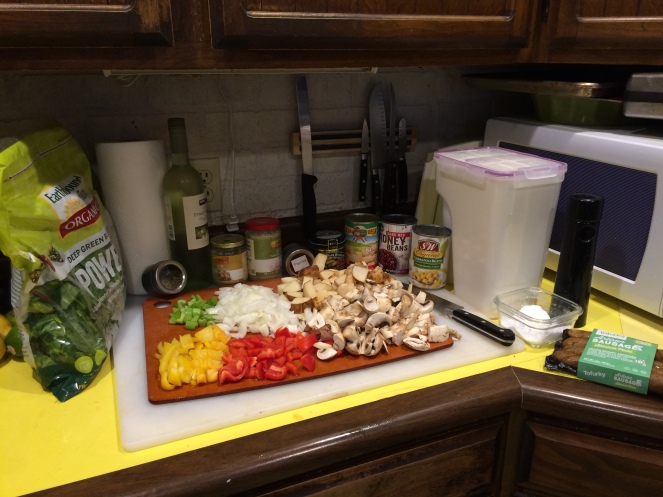 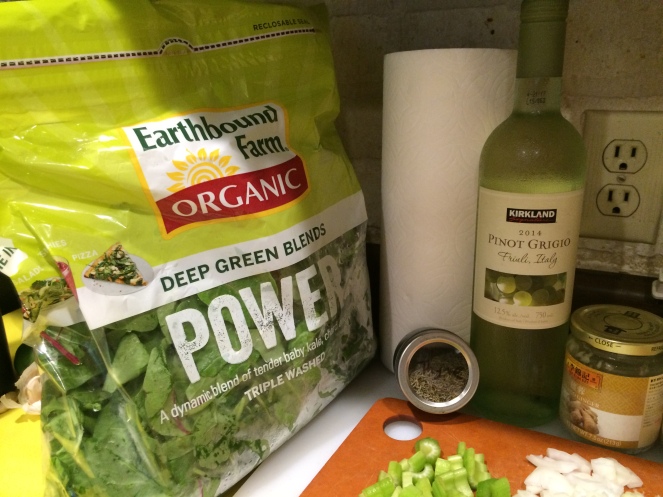 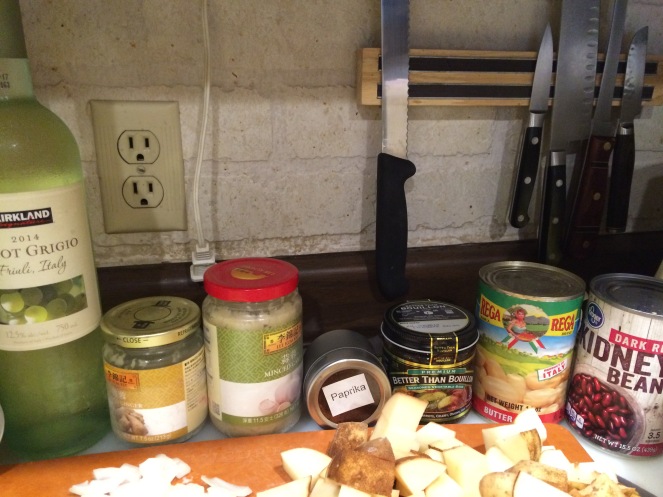 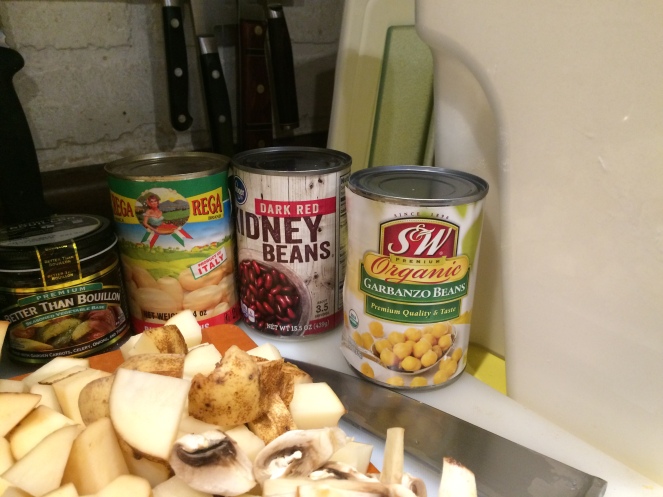 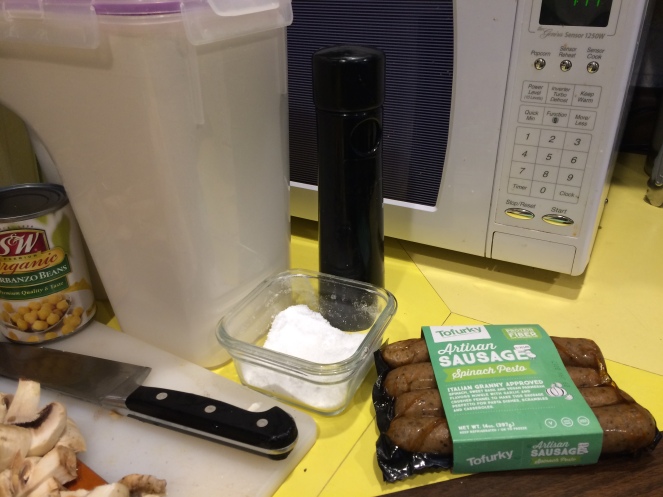 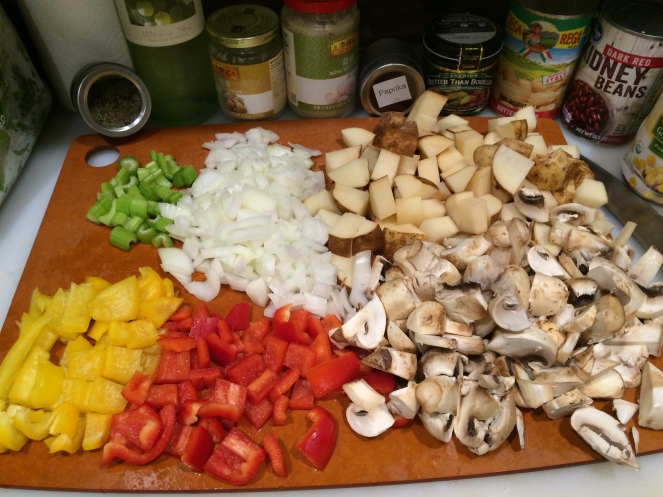 I ended up forgetting to use the flour! Also, I had wanted to use up some carrots but it turned out they’d been in the fridge so long they were moldy. 😦

So, after picking the kids up, I put the potatoes, bell peppers, and mushrooms in a baking dish with some olive oil, salt, and pepper, and roasted them at 425 degrees for about 25 minutes, I think. (That was too long for the mushrooms and not long enough for the potatoes, but it didn’t really matter because it all simmered in liquid afterward.) 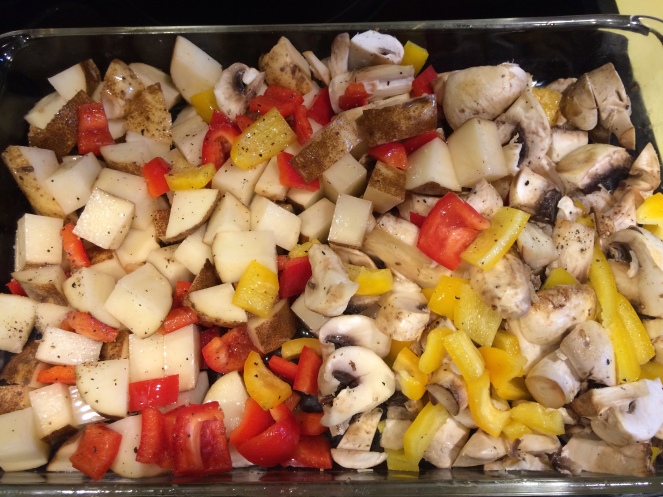 On medium-low heat, I sautéed the onion, ginger, and garlic: 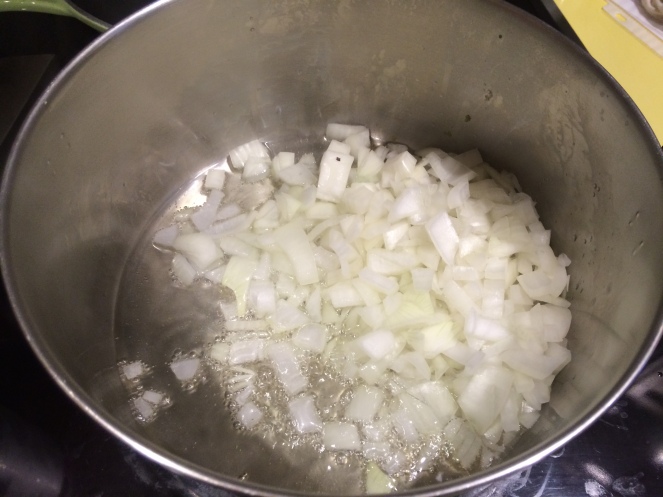 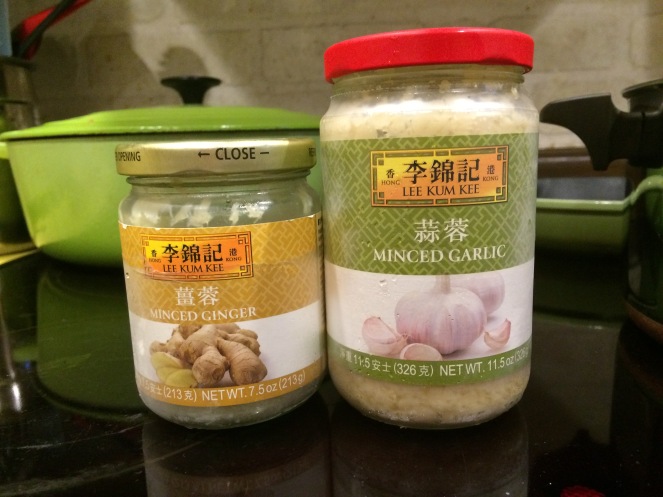 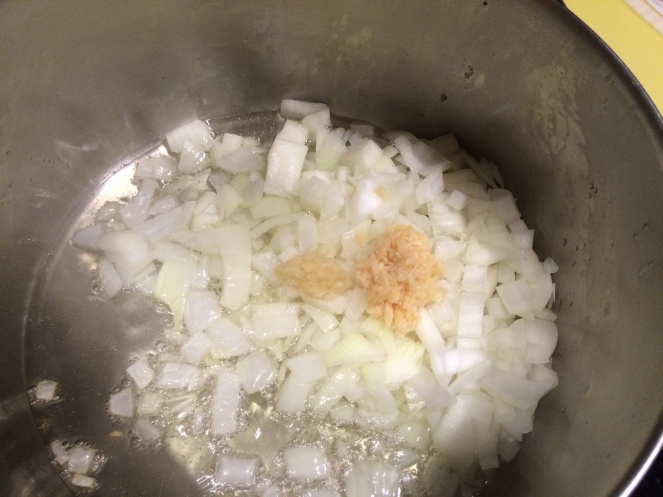 Then I added celery, thyme, and paprika: 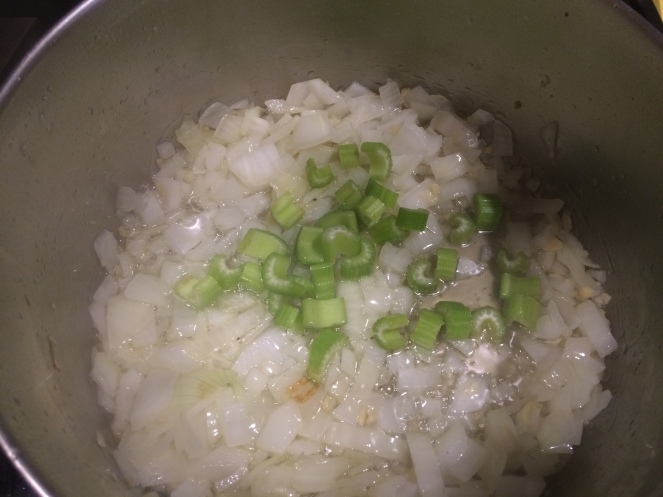 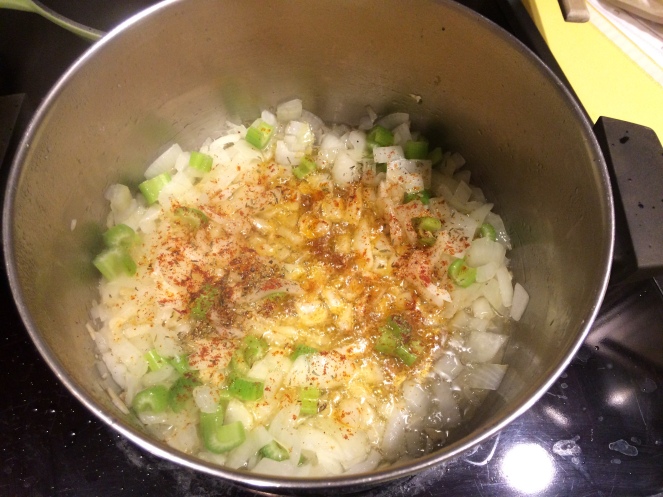 Then the chopped up vegan sausages (four of them): 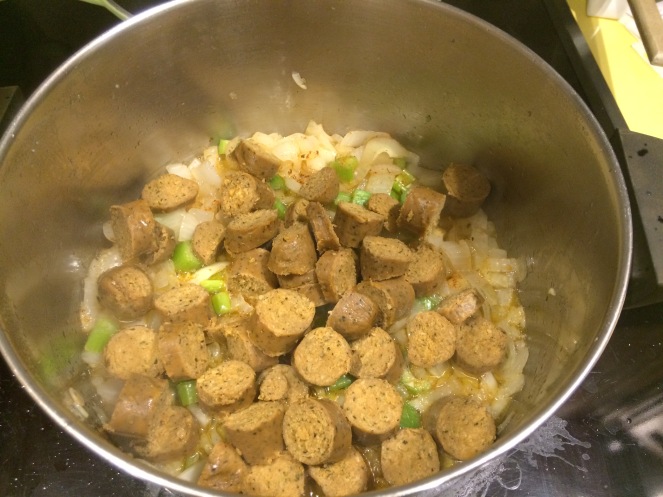 Then the roasted vegetables: 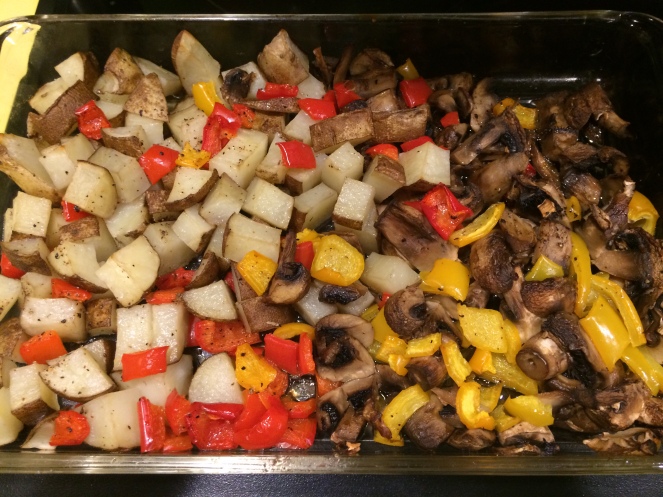 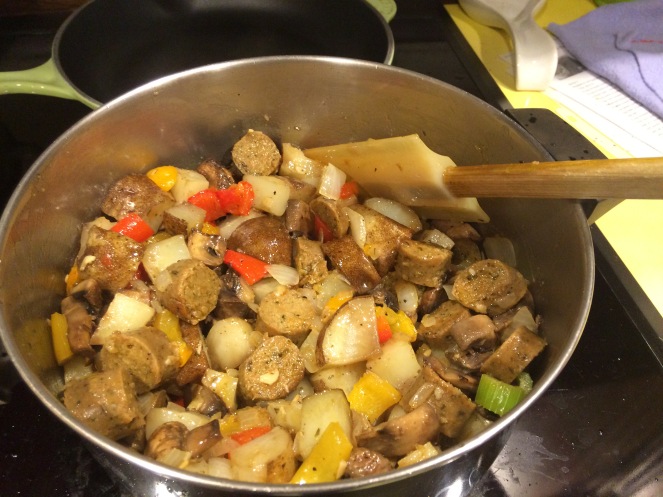 Then one can each of kidney beans, butter beans, and chickpeas: 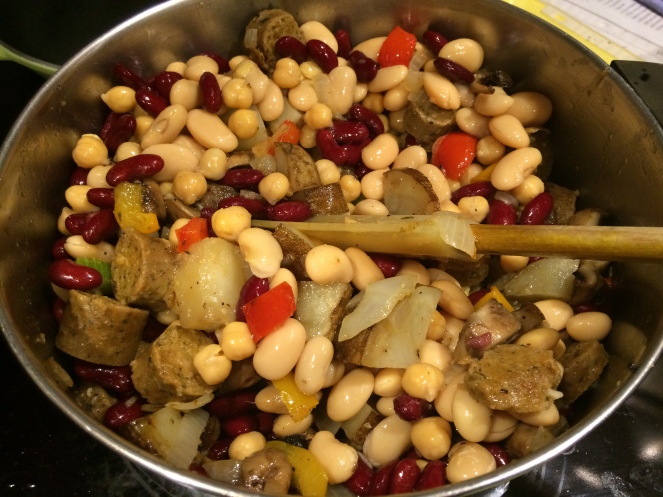 Then as much of the bag of “power greens” from Costco as I could salvage (it was all a little old and slimy…): 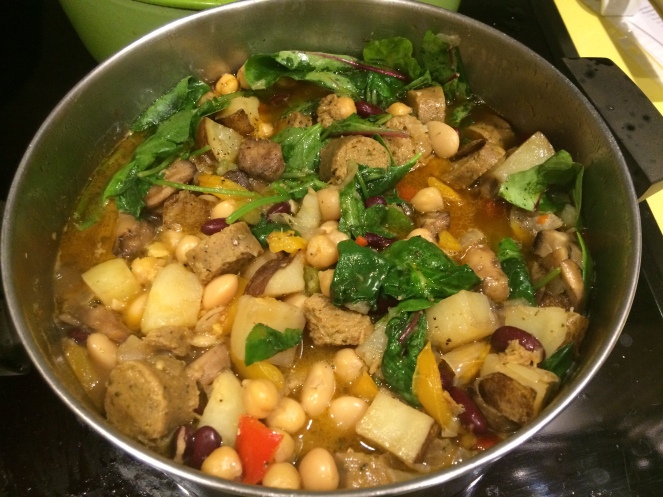 Ta-da! We had dinner plus a few lunches for me. 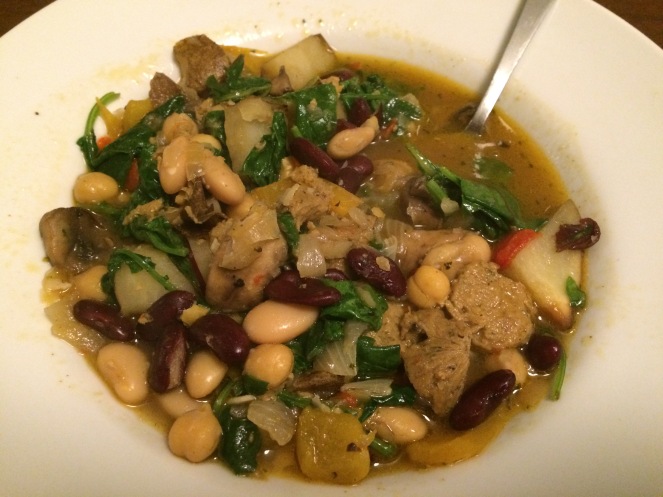