Ari did more and more standing on his own…

I love these little boy pants:

He “helped” take down his party decorations: 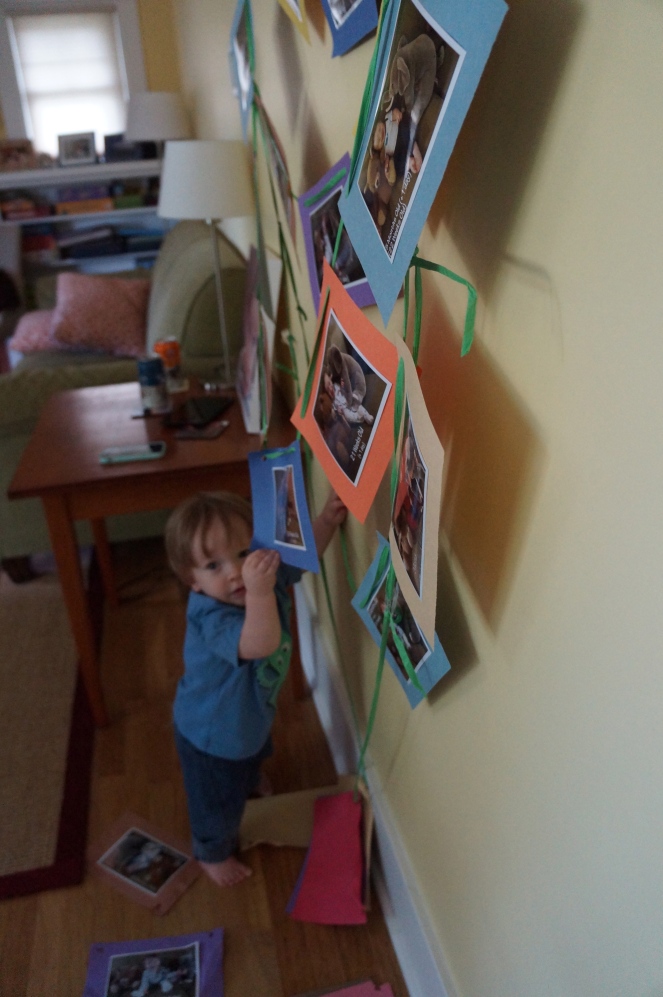 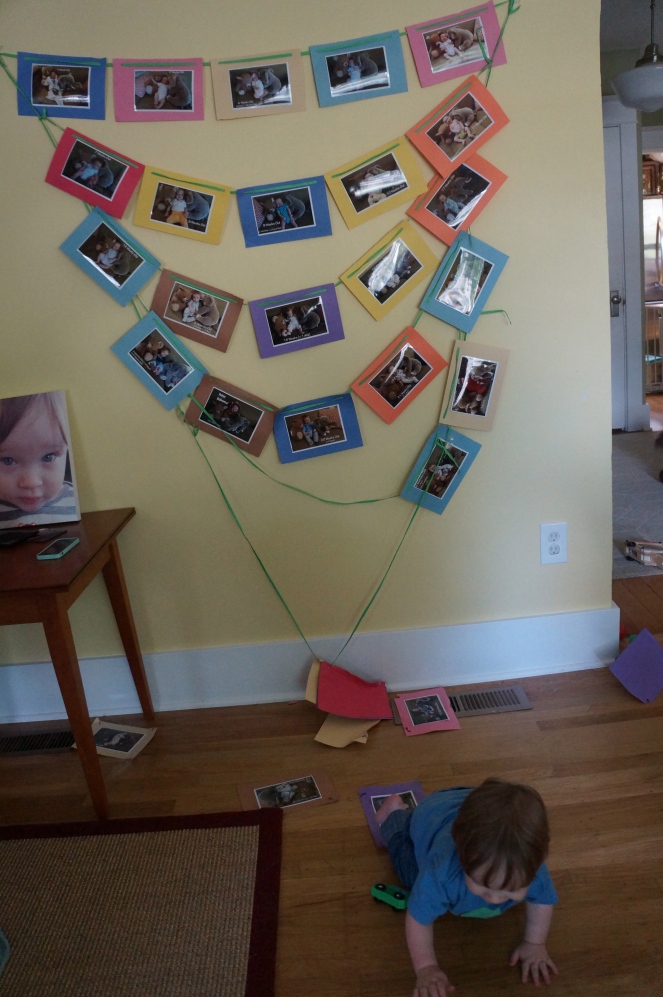 Went to the pool, where he could stand up at the shallow end for the first time: 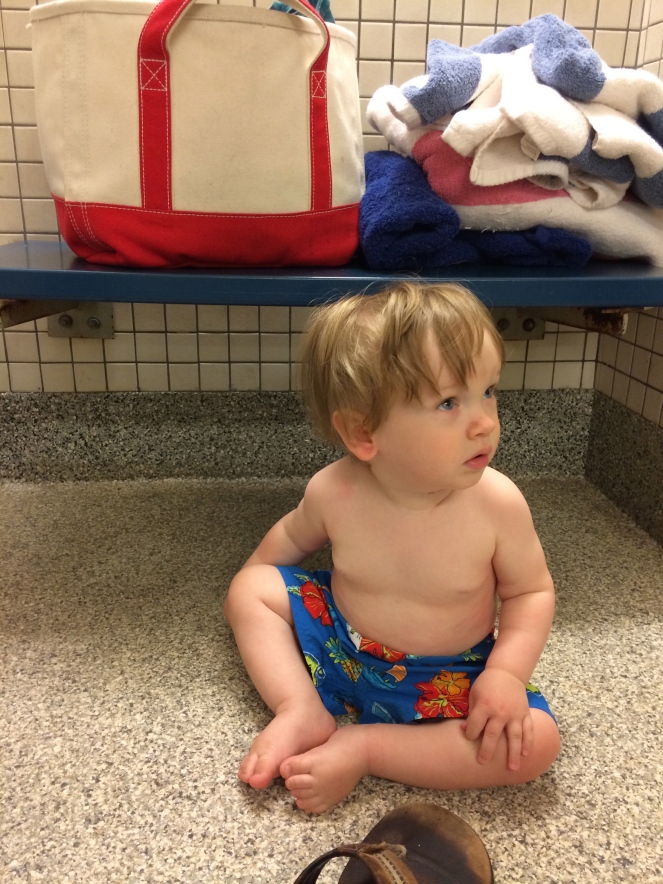 Went to the park and practiced throwing the ball for Andrew: 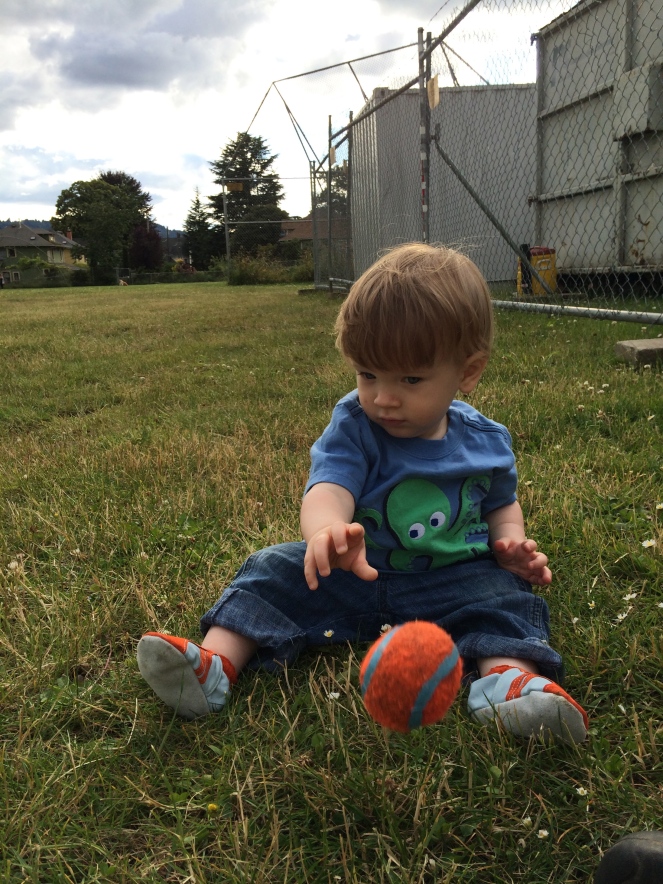 My mom came to visit and watch Ari on short notice when our nanny had to leave town for a few days. She took a steady stream of photos! 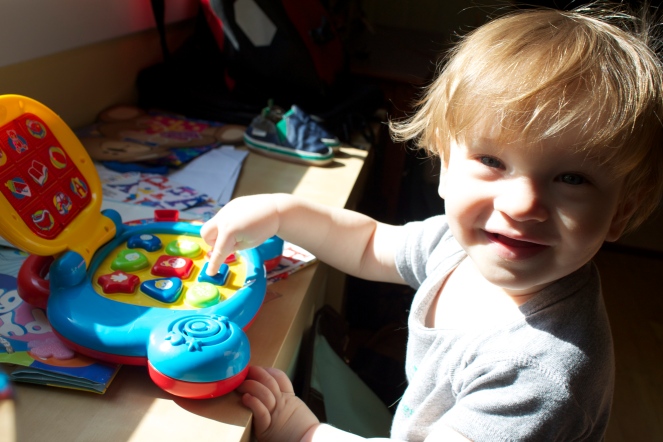 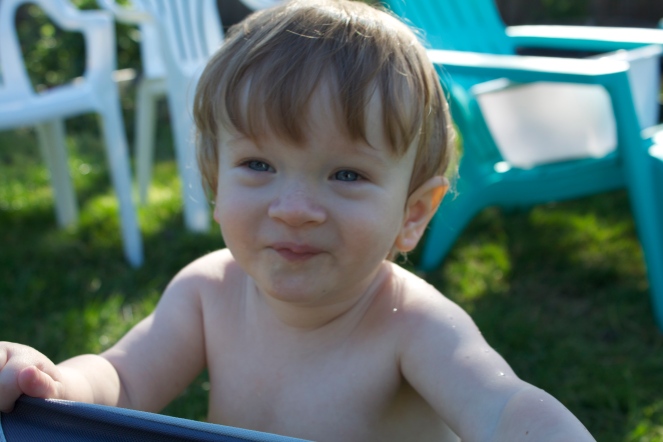 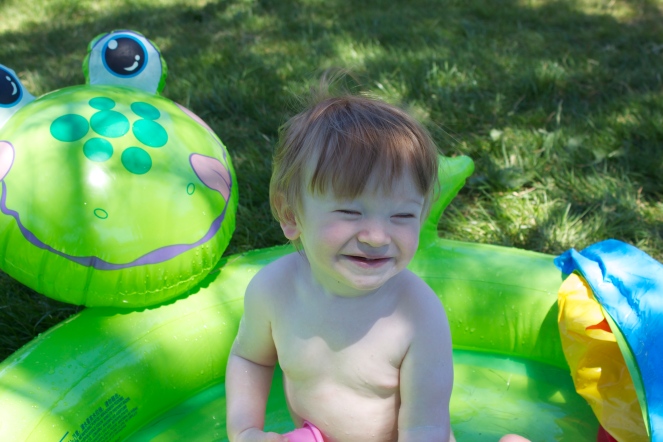 We went to a Fourth of July barbecue and he was way too active to pose in front of the hydrangeas: 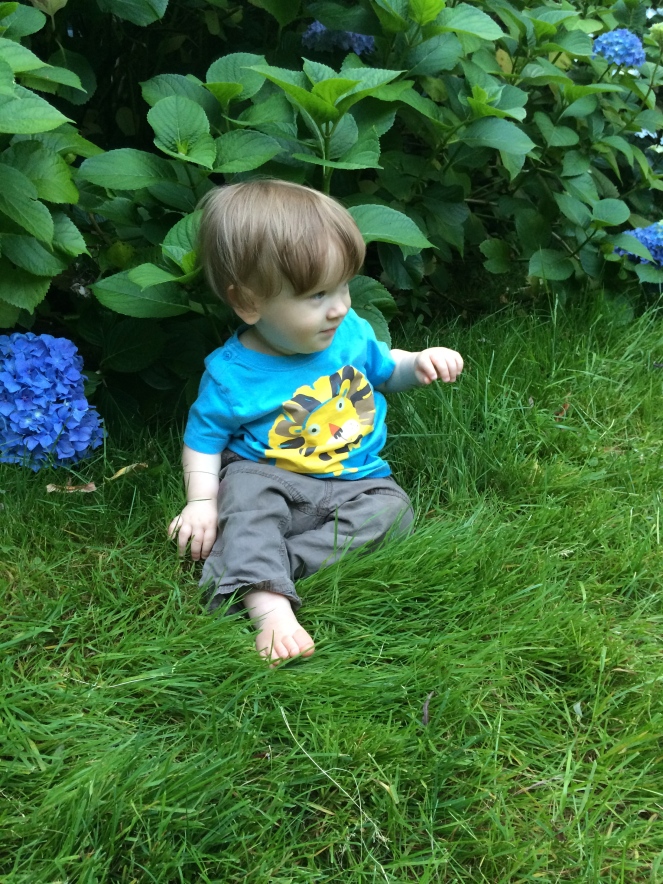 His own standing desk!

I had a good friend visiting and we went to the coast (Ari’s second time at the ocean; he was only 3 weeks old the first time). Ari went as fast as he could to the water!

It was pretty warm at a part where there is a river coming into it. 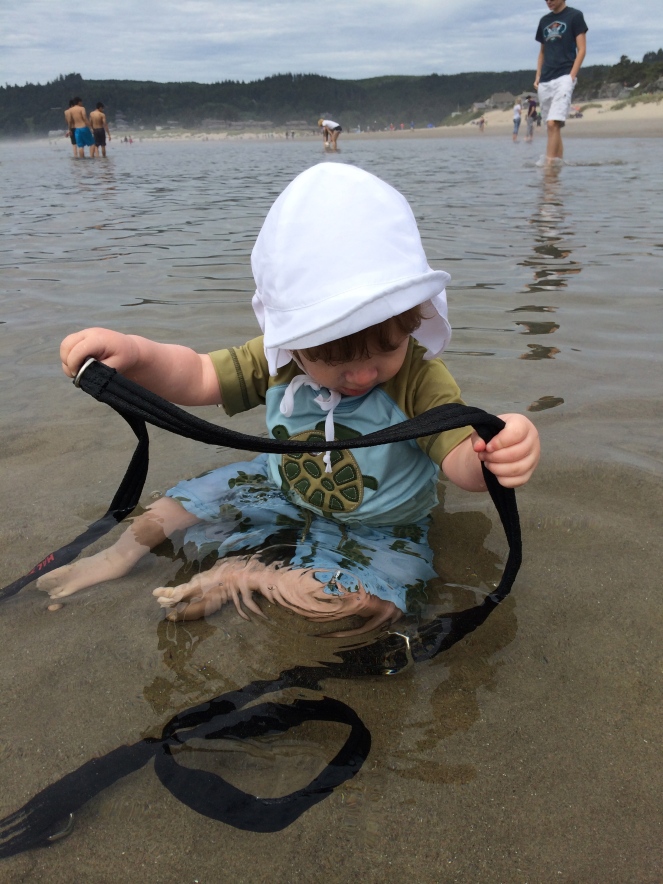 He played in the sand too: 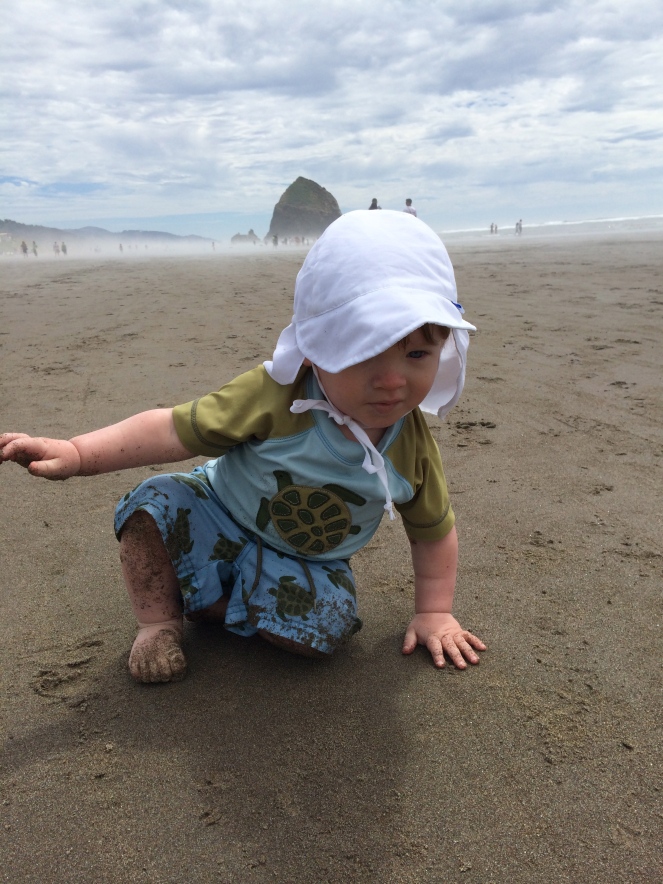 Andrew really surprised me, bounding around in the water. Previously he had refused to set foot in the water when we went to the dog beach!

And there was frisbee playing! 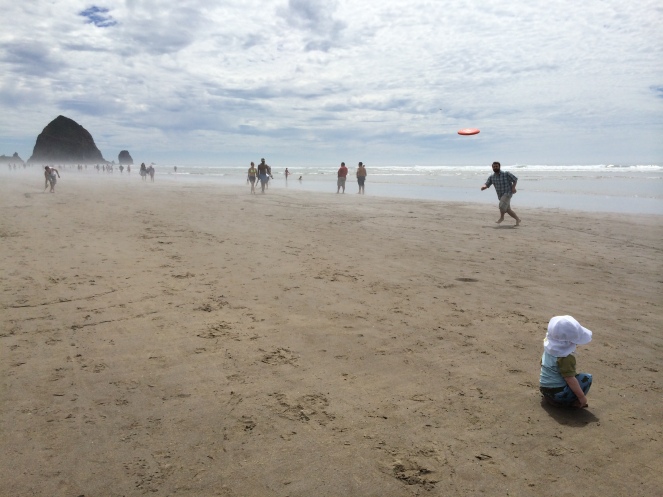 Everyone was pretty pooped out afterwards: 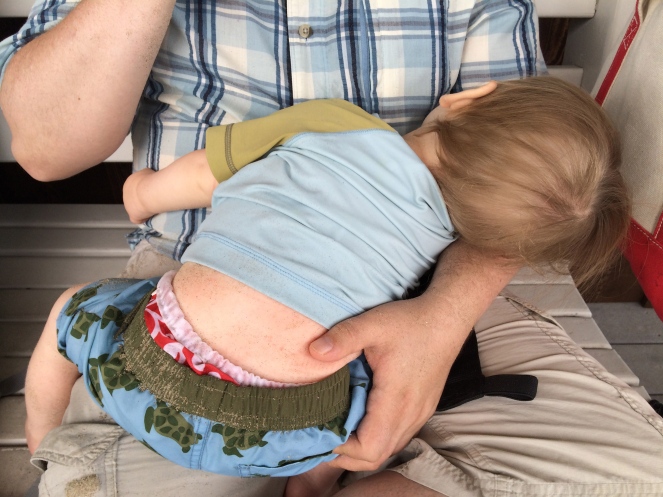 Ari has also been enjoying his musical instruments: 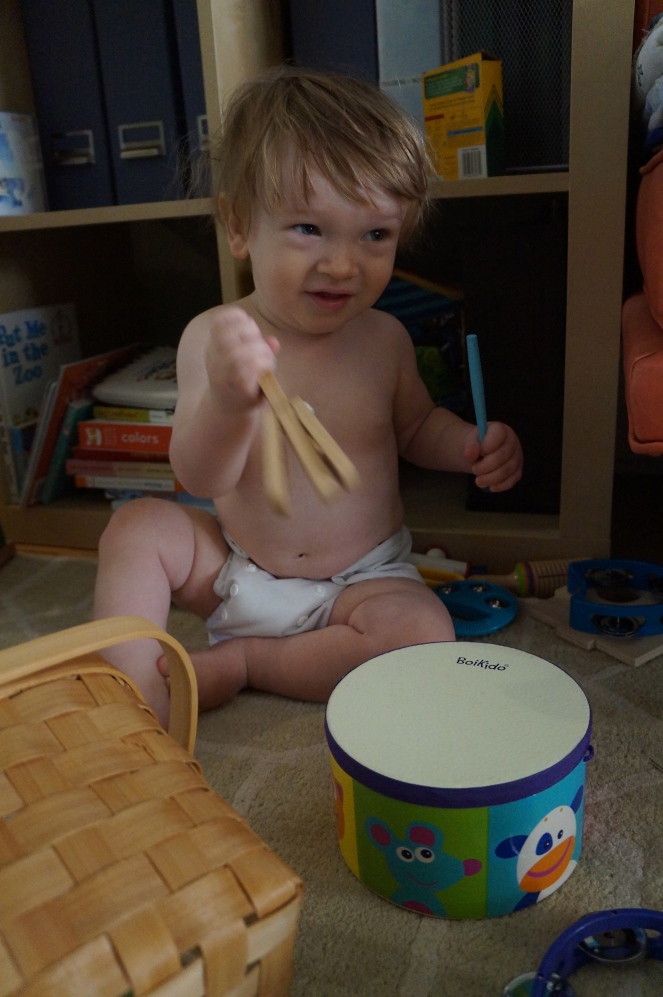 And he figured out how to make his rocking horse talk and sing by squeezing its ears: 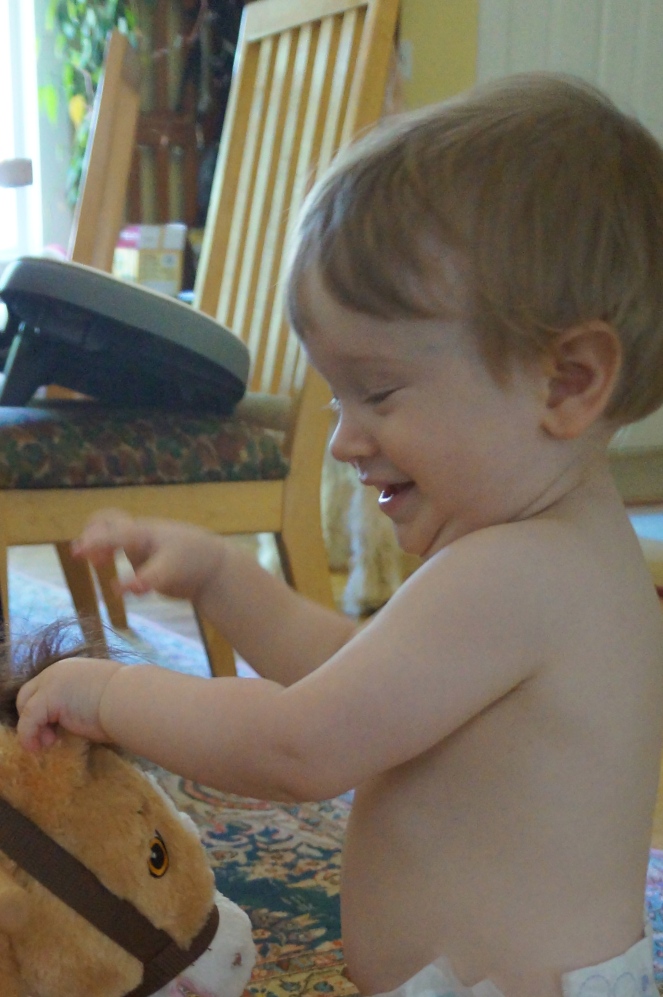 I got out A.’s old chair and let Ari climb around on it and he had more fun than I expected: 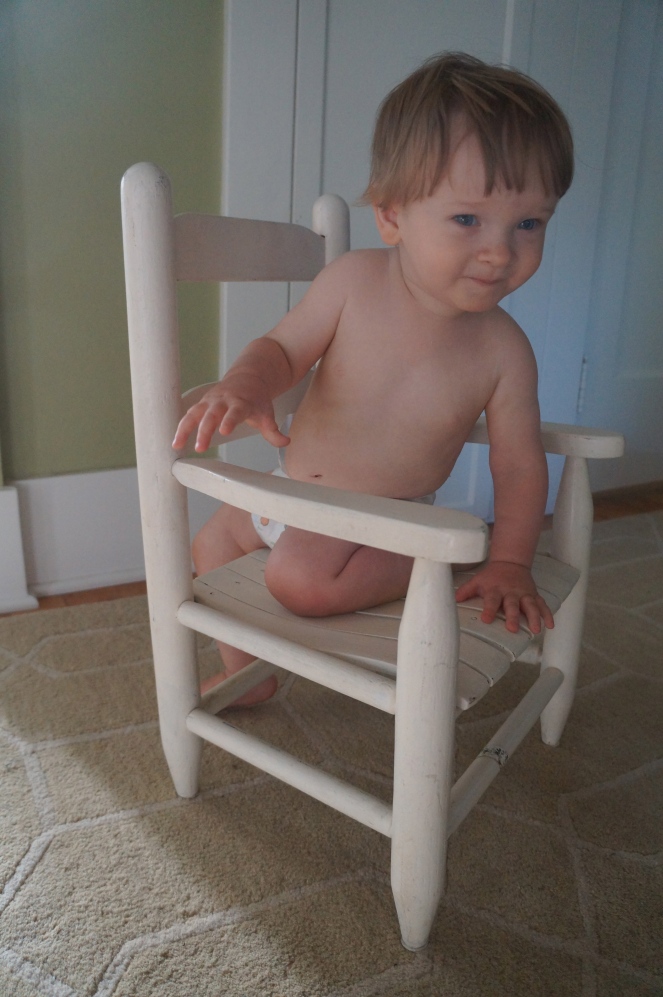 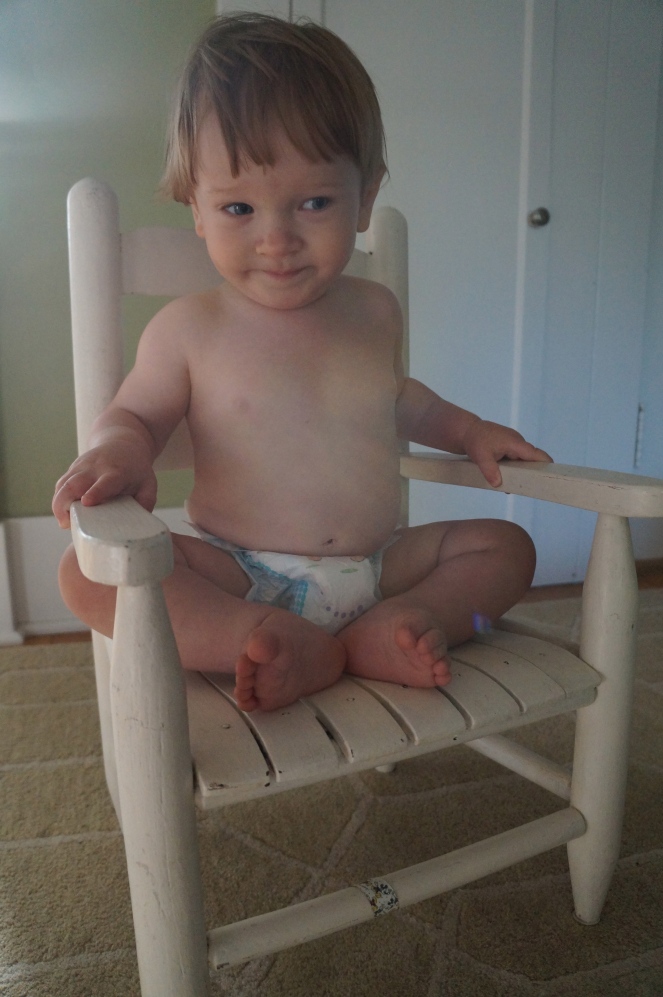 One thought on “Catching Up: End of June, Beginning of July”